It’s common you hear of someone infatuated with another person who is less (or not at all) interested in them.  Sometimes people marry in this kind of scenario. One of the partners may have the other dreamed up or they may have irrational ideas around what the partnership’s real basis is.  You rarely hear of people who both delude themselves to be in a relationship or marriage but I don’t think this is necessarily because it’s uncommon.

A woman may convince herself she loves a man because she wants to get away from her parents. If she’s older, it may be the ticking baby-clock that drives her, or it may be the fact all her friends are marrying and she feels pressured.  On the man’s side he may also feel pressured as he ages and both sexes can marry on the rebound as a way to escape pain.

When this does occur the results are varied. It’s one hell of a start to a (love) story and I wonder if anyone has had this experience or witnessed it.

As for the astrology, I don’t think it can be narrowed down to just “Neptune” though delusion is the major component.

Have you ever married or known someone who has married in mutual delusion with each other?  How did it turn out? 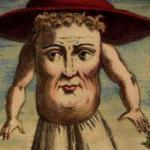