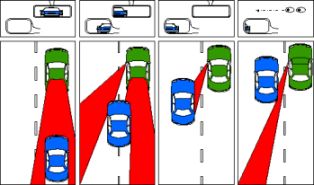 The soldier’s thoughts on failure being predictable have proved seminal in that they have provoked my own analysis of my own thought process and what I observe around me.

As an example, we recently noticed the business of someone we know was beginning to smell as if it might be failing. The owner of the business is quite bright so it was hard for the us to believe this person could not see what was coming. It was possible but hard to imagine as probable but as days and weeks passed the scale continued to tip in the wrong the direction.

The soldier and I discussed this and wondered if there should be some intervention. For example, do you tell someone their business is going to fail if they don’t make severe and sudden adjustments when it seems obvious to you? What if you don’t have all the information? What if they didn’t ask you? Who the hell are you to deliver this kind of news?

In this case nothing was said, time passed and the business is now almost certain to fail. To not speak up was a thoughtful decision so there are no regrets on that front but watching this process unfold as been educational. See, the business will fail in 6 months but it’s course was set much sooner and is due the flawed thinking of the owner which leads me to this:

It is quite a marvel to see someone obviously intelligent or even highly intelligent but then notice they have a missing piece that guarantees their failure. I think it can be a number of things but often times it seems tied to arrogance. People overestimate themselves. They just don’t think bad things can happen to them. This is often the case when someone has already enjoyed success and it leads them to think it will always be that way for them which is completely erroneous.

In whatever case if you’re watching you can see they have a blind spot and it seems human nature when people have a blind spot they cling to it for dear life. They just don’t want the light turned on over there and consequently things like this happen. Their businesses fail, their relationships fail, they fail with their children or whatever.

Contemplating this over the last day or two, I’ve taken a hard look at my own operations and determined (though it may appear different to others) that I do not suffer from this. Whew! I have other problems but I thought this important so I’m putting it out here:

Do you think you may have a blind spot that virtually guarantees your failure?