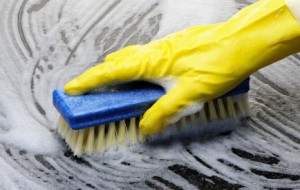 “I have had a perfectly wonderful evening, but this wasn’t it.”
–Groucho Marx

My daughter, Nems, is a very sensitive Cancer sun and 12th house Moon. I’m rather sensitive myself but my Capricorn Moon is not the most touchy-feely, fuzzy part of me. If I am not careful to express its high side, I can be a hard (Saturn) mother (Moon). That’s exactly what happened this morning. Last night I told my daughter she was to clean the bathroom first thing in the morning. I told her to take everything out of the shower and I would show her how to spray the super-duper cleaner and wipe it down. Yeah, I think you can guess that is not what happened.

I woke to shower sounds and investigated. She had covered the shower in old-school cleanser and was on her hands and knees, scrubbing with a face cloth. I was felt frustration (Capricorn Moon) at the inefficiency and with the current Moon squaring my Uranus, Pluto and Chiron I had a shocking (Uranus) eruption (Pluto) of feeling (Moon) stemming from my own childhood damage (Chiron). I blew up. The same transiting Moon that squares my “junk” trines the same in her chart. She reacted with grace. I felt like the archetypal Evil Stepmother, and she appeared very much the unfortunate Cinderella.

Moon transits are very minor, for the most part. Had I used my Saturn-ruled Moon to control (Saturn) my own feelings (Moon) I could have produced a much better outcome, a teachable moment. Nems’ Saturn sextiles her Moon and squares mine. We both have the Saturn Moon signature but she seems to learn these lessons more quickly than I do, as hers is in an aspect of opportunity. It’s very common to have astrological signatures that are shared within the family, with varying degrees of difficulty. We are working on similar lessons.

My poor kids. I apologized, of course, but I’m lucky they are so gracious.

Can you spot a common astrological theme within your family? How does it manifest?