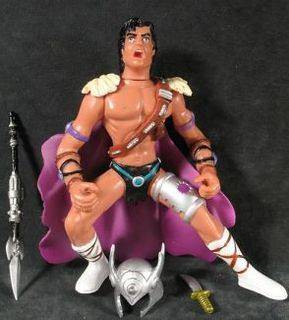 Mars is conjunct Mercury in Libra right now, conjunct my natal Mars Mercury and there have been a zillion manifestations of this. This energy has just permeated everything over these couple weeks and today’s and tomorrow’s blog are both about acting your Mars and pretty hard core.

Now there is at least one astrologer reading who tracks my blog around what gets posted when. He has noted that when the Moon is in certain signs my writing is one way or another. And I am sure he’s correct! So that these Mars posts (and the Mercury in Aries/Libra series) would post at this time should be no surprise.

I have also noticed I am using a lot of exclamation points lately. Like about 40% more than I should! I am just slightly emphatic lately, you know? ::laughs::

Anyway, SF asked about the Special Forces soldier’s Mars and it just happens to be square his Mercury so he’s obviously a hothead like me. We have much in common like this. We have copious amounts of energy to manage and are both pretty good at it.

He obviously channeled his Mars into soldiering. He is a consummate soldier, a total Mars figure. So he spent 16 years in Special Forces and every single one of them out in the field.

I cannot get him to tell me how common this is. To stay in so long and survive it. Because the other Special Forces soldiers I know did two years and out. Three years and out! That was enough. But he stayed in and further, volunteered to go on every assignment he could… in short, this boy was born to fight.

And he is sadly retired now. Seriously I think he would be very happy if war would come to his town so just imagine living with a Mars like his. What is he going to do with all this energy?

Well he’s a machinist. He works with HOT METAL all day. Isn’t that funny? Guns, knives and cutting into red hot metal spinning a zillion times a minute!

And when he gets off work, he goes walking. For 20 miles, this is. 20 miles once a week, 10 miles another day, bike riding, weight lifting, etc. etc. This because he is old! He’d rather run, see? But he’s full of shrapnel, obviously. And bullet holes! His knee is bad. Saturn!!! But he can’t stop. Can you see how he can never stop?

Anyway, the point of this is everyone has an engine but some of us have engines that race. And we have to use them or else. And with Mars and Mercury in the sky like this, I have never been more aware of my own male energy.

For example, I am acutely aware these days, I want to penetrate. I want to assert myself. And I am looking back over my life and seeing I have always been this way.

What other woman would move into a male barracks? I loved that shit! That was like conquering something to me. Hey, ma! Look where I’m at, LOL! Prowess! I’m like a freakin’ rooster or something. Struttin’ around. Look where I am, that I am not supposed to be! I have penetrated!!!

So I think this is important to write about. For women that is, who tend to project their Mars onto men. You know. “He’s big and strong…” Well actually, I am big and strong! I am formidable and all that.

So what about you? Do you flex your muscle? Where is your Mars and do you work it? Or no? 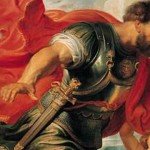 What Is A Mars Return?