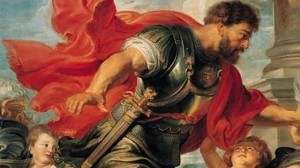 If you have Mars in your seventh house, or planets in Aries in the 7th, chances are you have a tendency to project your anger or your raw male energy. This can manifest as passive aggressiveness but it can also show up as what I’ve referred to over the years as an “unconscious Mars”.  You can search the blog for more on this topic. It’s interesting.

I have a (male) client who has been targeted by a woman who is hell-bent on ruining him.  She’s not been successful but wow! She’s gone out of her way to attack him and cause him grievous harm.

He’s not provoked this. People can see this which is probably why he’s been able to survive her assault, but it’s mind-boggling to watch.

The woman has significant Aries in the 7th. “That’s you!” I explained. “I don’t think she knows, she’s aggressive! Like she’s got no clue at all how aggressive she is.”  It was watershed moment.

The woman has gone way our of her way to destroy the man. He’s not returned fire and he has no plan to attack her back. It’s not his way or even in his “wheelhouse”.  However, there is no telling when or if she might relent.

If you have Mars showing up in your 7th house in some way and you think someone is angry and violent and a danger, you might want to make sure you’re not ten times as aggressive as the person you’re trained on.

Have experience with this? Tell us! 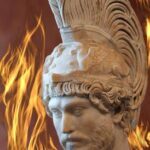