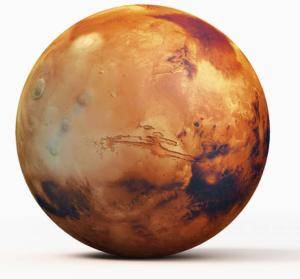 Mars in Cancer will oppose Pluto in Capricorn on June 5th. This is a dynamic and potentially dangerous aspect. Scorpio is co-ruled by both planets and is probably already feeling this. Same for people with Cardinal planets near 26 degrees.

Depending on your nature, you may feel your skin crawling.  You may be plotting or hunkering down. Aries may be sharpening their knife.

Whatever you’re up to, there is precision involved. Precision and deliberation. This is about being deeply committed to a course of action.

If you doubt the power of this clash, this is what happened to me the last time these planets opposed (2019).  The picture alone tells the story.

Saturn was conjunct Pluto when Mars ran through Cancer at that time.  It may seem this would be easier but I don’t think so.

Saturn was in it’s own sign at that time. This may be the reason the cut was superficial. In this case there’s pure focus. I would think the intent (Mars) be to kill or to destroy (Pluto) if the target is inert. Like a building.

The attack will be surgical (Mars) and will strike in a way that is personal (Cancer). You can expect it to be cruel by design.

The exact aspect is on June 5th but those who are sensitive to Mars Pluto or Mars Saturn can probably feel this now.  It’s creeping up, isn’t it?  You can expect this energy to intensify daily.

If you hate reading this and have the option, retreating into your hard shell or your hunkering down in your foxhole during this period is completely rational, acceptable and even recommended. Thrill-seekers and warriors rush to the front.

Also note, the moon will be in Aries on June 5th squaring both Mars and Pluto. Libra, look out!  Particularly if you’re between 20-29 degrees.

Update – This aspect is exact tomorrow. If you’re involved in a conflict, I bet it’s intense. There’s a drive (Mars) is to inflict a mortal (Pluto) wound.

This opposition hits my chart, hard.  Yesterday a man threatened to hunt me down and kill my pets. In whatever case, I’ll survive this and be back on deck asap.

How do you feel about Mars opposing Pluto? How does the opposition affect your chart?