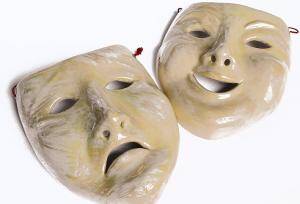 Mars and Jupiter are strange bedfellows. The Lesser Malefic and the Greater Benefic don’t really have that much in common. Mars rules our anger, drive, and ambition. Jupiter rules our sense of joy, perspective, and our beliefs. Having them in aspect in the natal chart can be hard to manage!

A hard aspect like a square or opposition can mean that a person has trouble reconciling their drive and their perspective- the two energies are competing. Or it may be that they have trouble creating a unified worldview that can accommodate both the beauty of life and the injustice. In other words, their anger and their joy get in each other’s way.

And then you have someone like me, who has the two planets in a trine aspect. A trine is an aspect that lets the energy between the two planets flow freely and easily. I always had an inkling of how this played out, but even I didn’t know the extent of it.

A while ago I was talking to a lovely, perceptive friend and mentioned that I was feeling a little down. She lit up and said, “I know how to fix this! Whenever you’re depressed, all I have to do is get you angry about something stupid and you brighten right up!”

My mouth dropped open, but I realized she was right. All these years I had never known that about myself, but she had not only realized it, but had been using that knowledge strategically for years!

Whenever I’m upset, she comes in with a low-stakes irritation that she knows will get me ranting:

“Hey, what are your thoughts on that 13th zodiac sign?”

“Okay, but what if Black Moon Lilith really can be reduced to just sex and evil?”

She drops the bait, and off I go. She lets me babble angrily for about 5 minutes, and then afterward I always, always feel better. It’s like activating Mars gives Jupiter a little jolt to wake him up. Mars and Jupiter don’t always get along so well, but they don’t have to be in conflict. Sometimes a little dose of anger brings a lot of joy.

Who else has Mars and Jupiter in aspect? What is it like?