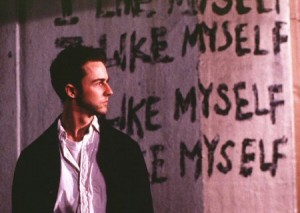 Yesterday I got the flu shot. My cousin has the flu and wound up in the hospital ICU with nearly total paralysis. My mother was freaking out and applied extreme pressure on me to get the vaccine. I don’t usually get the shot. I rely on my normally strong immune system and prophylaxis, hand-washing, cleaning and avoidance. I allow my mother to schedule flu shots for the kids as they’ve never had bad reactions to vaccines and I figure the risks weigh out on the plus side for their overall health.

However, I do tend to have negative physical reactions to such things so overall I avoid. Usually I weigh the pressure she puts on me against the possible outcome and opt for no vaccine. This time, though, with all the freaking out, I decided the risk of emotional consequences, weeks of nagging and guilt, took a back seat to the likelihood of physical discomfort. Whether it’s psychosomatic, negative fulfillment of a fear, or fact, I definitely have the side effect of mild flu-like symptoms: temperature fluctuation, aches and pains, general malaise. Here’s the odd thing, though, I’d rather have this than the never-ending guilt. Mmmm, intestinal cramps, so much better than a year-long lecture.

But that’s just me, and it’s my choice. I’d rather have a punch in the face than an emotional injury any day. My mechanisms for coping with physical stress are much stronger than those I have to deal with the complex machinations of emotional pain. My Mars is strong in Scorpio, while my moon is weaker in Capricorn. With Mars in the sign of its co-ruler, Pluto, my potential for action and the physical is “loaded for bear.” The moon, however, is in Capricorn, considered in detriment, opposite the sign of its ruler. Now add in a Venus in Aries, in the 8th house (associated with Scorpio) and what I prefer is going to come down on the side of the physical.

Given the choice, which do you choose, physical or emotional pain? Which do you deal with better? Which has the stronger position your Mars or your moon?