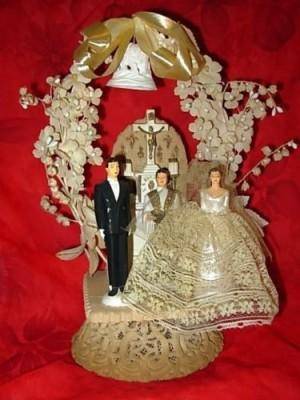 I was raised without religion. I was not raised to think that marriage vows meant anything. Really, I had no idea what marriage was or what it meant. If anything, I thought it was something I should avoid. I had no earthly clue as to how marriage might be beneficial or in any way, important.

My childhood was unusual at the time. But now, I think that most (American) kids grow up, ignorant of how marriage might enhance their life. I’ve been thinking about this because my marriage has been exceptionally challenging lately.

If you’re an old-timer, you may recall I wrote about how difficult my husband’s chart is and how difficult our composite chart is. Back when we were courting, he warned me up and down.  He told me how his luck was very bad. He told me how no one ever wanted to be in a foxhole with him..because they knew that whatever was coming would hit him first and worst. Wanting to survive the war(s) and all, they avoided him like the plague, if at all possible.

He wanted me to know what I was getting into.  He was serious and I took him serious because he’s a serious man and I had the charts, yes?

I thought, long and hard before committing to him. I talked to people. satori was one of the people I talked to…

“If I put myself in proximity, I will be impacted by this,” I explained.  “I will not have an easy life…”

My husband wanted to me think about the situation, carefully. I took several weeks to mull it all angles. His offer. Ultimately, I opted in.

Unsurprisingly, my husband (and astrology) was right.  He’s got that Mars, Mercury, Saturn T-square that constantly grinds. His life is cruel and grueling. Living near him, I witness this, daily. DAILY.

So today, I was thinking about my marriage vows, “for better or worse”. There is no limit on the “worse”.  And that’s good. Because the “worse” can come down on either side.

I don’t think many people treat marriage this way anymore. They’re married until it’s not fun anymore or until they’re bored or until they think they see something better out there, or whatever. I understand this, because I was taught the same thing.  There is no reason to put up with anything, it’s all about yourself as an individual. I sure am glad I learned otherwise.

I got married with Saturn (exalted) in Libra. I did it on purpose. I told the astrologer who elected our wedding day, that our relationship was serious. We wanted this bond to last.

I’m hoping when Jupiter enters Libra, people might view marriage differently. Because if you just keep dumping everyone, you wind up with nothing in the end.

What are your views of marriage? How did you come about them? Have they changed over the years?