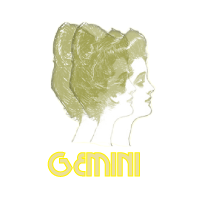 My boyfriend and I of three years just ended our relationship. He is a Leo and needs a lot of attention; he’s a gigantic drama queen which made it hard to communicate. He is now on the rebound with one of his “friends” and basically he was already starting something with her before our relationship ended! I am so furious because it seems like he just hung on until something else came along and then realized we weren’t right for each other.

Actually I broke it off but he was acting like a total jerk the last two months of our relationship and was basically waiting for me to bring it up so it could be over and he could start his new relationship. Of course I am in the really painful stage right now because when one door closes, it takes time before the new ones open up.

Being that he’s a Leo and I’m a Gemini, his new girlfriend is a cancer. She and I are total opposites. Can you give me some insight as to how to get him back? I gave him a letter saying for him not to call and that I wouldn’t call, but I want to know that he still cares about me. Do you think he will ever call me? Or do you think his Leo pride will prevent him from EVER calling. Advice?

I don’t know if he is going to call you or not. I don’t know what is in his head but it does sound as if your relationship is ending and for that I am very sorry. Three years is a significant time to spend with a man and if you lose a relationship like this, pain and chaos are going to part and parcel.

If you read your mail closely, you say you are waiting for another door to open, but you also wish to get your old boyfriend back. Obviously it is going to have to be one or other. For the record, I think you could probably get this guy back but are you sure this is what you want?

You don’t sound sure to me and I would urge you to slow down and think this through. Because what you’ve got here is some heavy duty transits bring you to a cross-road. And it seems the universe is trying to separate you from this man, not otherwise. So if you run and get him back, will you want him? Make sure. Because you’re being asked to grow up here so let me tell you what that might look like.

“She’s got him, she stole him, I’m going to get him back!” vs “She’s got him, he took up with her before he ended his relationship, he manipulated the breakup, and you know what? She can have him.”

I say, shut the door, cry your tears, feel your emotions, take your time and then fish another line. If you are meant to be with this guy, you’ll catch him again but frankly he does not sound grown up enough to handle and guide you through the next two years which are going to be dominated by Saturn and Pluto transits. In other words, your life is about to get a lot more serious… you are going to grow right up and you may be better off with someone a bit more mature. 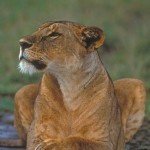