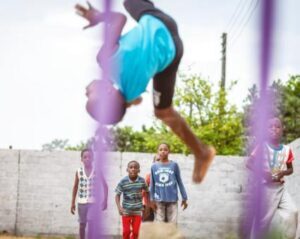 Saturn in Aquarius is currently squaring Uranus in Taurus. This clash will be maintained through 2022.

Some are being hit in ways that are more personal than others but the affect of this has been universal from what I can observe.  You get going in a certain direction and wham! You’re blindsided by something. It might be the actions of another person or it just might be.

As an example, we had to get a new roof put on when a hurricane passed nearby. For a myriad of reasons, the insurance did not cover the cost.  Not even close!  But we got it done after clunking around for awhile.

It’s two months later and I can see our brand new roof with 40-year shingles has a few problems.  The roofer is coming back, I contacted him yesterday. Today I discovered some outlets in our house are not working. The outlets are in different rooms so it’s a puzzle.

In some cases it’s illness or even the lack of illness. You get diagnosed and it knocks you off your game. Another person might come up negative for whatever it is the doctor thought they had. They’re all good, except they’re not because they still have the disruptive symptoms.

I’m sure you can see this pattern in your life.  Everything is consistently inconsistent. I get up from my computer and head into the kitchen, literally wondering what surprise I might find during this brief period where my focus is diffuse.

I’m aware of the necessity to maintain some control over my daily routine. I do this by making fewer promises because I know time (Saturn) is wonky (Uranus) and I have to allow for the unexpected thins I expect.

My business is heavy on the impromptu consultations right now.  I like no-waiting consultations. I’ve offered them for ten years of more but I’ve never seen such a high percentage of clients contact me directly rather than using the calendar to schedule. I bet you it stays this way through next year. The percentage may even increase. But I also bet you that in 2023, things go back to normal.

Work (Saturn) has been spotty and disrupted (Uranus) for most everyone due to the pandemic.  People are detached from their jobs, basically.  They’ve had to innovate.

I’m writing this so you can set your expectations in such a way, you’re not too surprised or disappointed when things continue to be wacky. I mean, I’m not happy about the roof but I don’t think the roofer is happy either.

It’s best if can resist temptation to blame others for the up and down and crisscross in your life right now. No one is immune to this, that’s for sure.