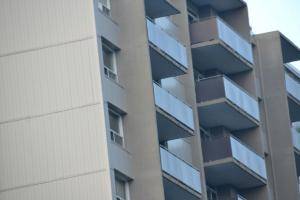 Went through your post about overcoming fear of death. I, somehow, find death an easy alternative of pain that life may have brought. I have been suicidal from ever since I was a teenager. I attempted when I was 14, 17, 24, 27… Of which last three attempts severely affected my body leading to long hospitalization. I survived ’em all miraculously.

Each of the time it felt like a new birth and I decided to not to do it again. But ended up repeating in a new situation that somehow had roots in my childhood. What in astrology can describe suicidal tendencies? A kind of desperation to escape life?

People commit suicide for a variety reasons. They may be organically, mentally ill. They may be profoundly depressed and despairing or they may be angry or simply impatient with life. They may lack faith or clarity.

They may be led to suicide via some powerful figure (like Jim Jones).

They may commit suicide in response to some specific trauma.

For example, the teenage son of one of our friends brought a gun to his best friend’s house, where he was to spend the night. His friend accidentally shot himself in the face and died. Registering what happened, two hours later, the boy climbed on top a tall structure. He called the police (to tell them where to find his body) and then  jumped to his death. It was three in the morning. Can you imagine the knock on the door of the parent’s house?

I could probably sit and type out fifty more scenarios off the top of my head. Considering the scope here, I don’t think it would be possible to narrow this to one or two aspects.

Further, if I were to list some aspects that seemed to indicate something like this, every mother of every child who had the aspect in their chart would be set to worry.

Any aspect in any chart can be used in a positive way. There are no exceptions here! For example, people who help those who are suicidal have often been suicidal themselves.

I have experience with people like you. This is why I sat on this question for a few days. I was trying to decide if I should say this or not. Say that I know a number of people who made repeated attempts to kill themselves.

Every single one of them was successful, eventually. It becomes an addiction in a way.

It’s like these Hollywood stars or musicians who mix all kinds of drugs. The skirt around the edge of death right up until they don’t.

With five suicide attempts under your belt, you may want to quit bettin’ the farm, okay?  Because your family will suffer. 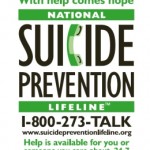