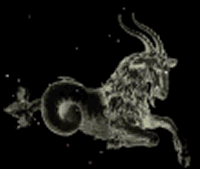 I’ve been seeing a married man for 7 wonderful months. He is visiting from out of town, but will be leaving in a few weeks. I am dreading having to utter the words, “goodbye.” I’ve been seeing him a few times a month because his work hours are so hectic. He has been married for 3 years and has no children with his wife.

During a phone conversation early on, he uttered words “I could fall right in love with you.” What do you suppose he meant by this? He has never expressed his feelings to me face to face, but his eyes say so much. I want to tell him how I honestly feel for him before he leaves to go home for good.

Do you think I should impose on our last wonderful night together and tell him how I feel?

I don’t think it matters one way or the other. I think you’ve been seduced by a cad who has used you for the last seven months. And that you fell for this at 40 years old is just plain painful.

Is he going to care if you profess your undying love on his way out of town? He’s not. He’s going to go home and no doubt as soon as he gets there, he’s going to screw his wife, then go trolling for his next piece of ass on the side.

So you see, it makes no difference what you do. You’re  going to feel like crap as soon as reality hits. If you want to fix that, you’re going to have to take a hard look at why you involved yourself in this in the first place. For insight into that, I would look to all this Capricorn in your chart, and Saturn tied up with Venus.

Could it be you’re trying to please Daddy? And steal him from Mommy? I say, time to get real.