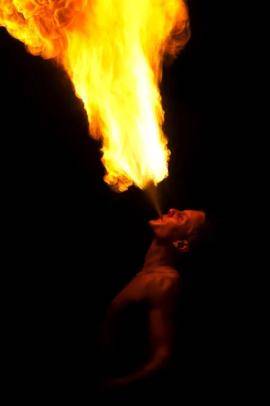 So you’ve been working with Lilith. You’ve identified your wound. You’ve gotten in touch with your fury. You’ve made peace with your darkness. Now what? How do you truly work with Lilith to create something positive and make the most of the pain you’ve experienced? For the answer, let’s turn back to the myth.

According to medieval folk traditions, after Lilith experienced her great indignity, she fled. But she didn’t merely retreat to lick her wounds. She thought. She meditated. And then she began to act. She gave birth to her demons, allowing her pain to become tangible and take physical form. Then she unleashed them on the world. She created an army for herself and turned it against the system that failed her. The world that allowed her to be wounded so grievously would fall, at least if she had anything to say about it.

And that, I think, is the ultimate goal of the Lilith wound. It rips the blindfold from our eyes and forces us to see the ugliness in the world. No longer can we bask in sweet repose in our personal Eden. Instead, we must reckon with a system that is unfair, malicious, and thoroughly rigged. We no longer have the luxury of passively accepting things as they are. Instead, we are forced to take them down.

But activism can also be external. It can heeding the call to arms, leading the protest, and allowing your voice to rise up, stentorian and proud as you declare that the old ways have fallen. It can mean organizing the people who have suffered along with you. It can mean healing each other. It can mean allowing yourself into the light again, no longer afraid of your scars being seen.

But whatever it means for you, one thing is clear. When Lilith walks into the room, the time for making peace is over. Instead, we are called to become fire-breathing hellbeasts, striking fear into the hearts of those who would keep us small and in chains. We are called to stand up and advocate on our own behalf. And when we do, the fear dissolves. The wounds heal over. The pain fades. And finally, after all this time, we are free.

Have you ever heeded Lilith’s call to arms? What happened? 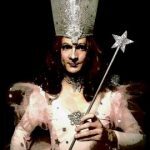