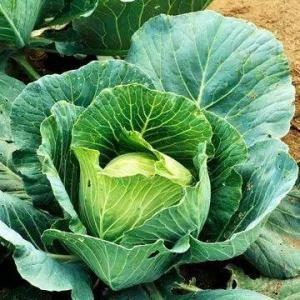 I’m deleting old posts to clean up my database. I found this, written in 2011. It references, Pluto in Capricorn and now here we are…
~~~
eva writes on Why Are People Unhappy:

“You know honestly I think people in this country have somehow weirdly been trained to be unhappy. My grandmother, and my mother, just had a high pain threshold and they just took the sorrow with the gravy.

People are unhappy because all they know how to be is personally disappointed that their lives did not live up to, say, Star Wars. Or Donald Trump. Or whatever. My grandma would just laugh if she were here. Not because she thought these people were stupid but because her knees and arms were bruised and there was almost no money left, and still when she went out to the garden, her cabbages were absolutely gorgeous.”

I agree with, eva. I have interest in this subject and I’ve written about happiness and satisfaction from a number of angles. I have it but somehow happiness seems elude others. I’ve marveled about this since the day I got to town from the desert and began to socialize outside my family. It opened my eyes.

We could just leave this here but I think most agree that we are headed for dark(er) times around the globe, with Pluto in Capricorn, etc. and I just don’t know people who have a lack here are going to cope. I actually don’t think they are going to be able to. They’ll jump from buildings, kill themselves and others and create all kinds of mayhem, rather than try to address their chronic disappointment which is clearly internal.  I am wondering if you are unhappy when you life is pretty good, or even very good, what are you going to when it’s not that good, or even bad or terrible, really?

Jupiter is the planet that lifts a person’s spirits. Jupiter types are naturally happy and buoyant. It follows that if you’re chronically down, the Jupiter function in your chart is probably underdeveloped. Jupiter rules faith and your beliefs. It rules perspective and offers you a world view.  If you get anywhere near this energy, you are bound to feel better.

I don’t care who you are or where you are or what your problem is. I guarantee that if you expand your view (Jupiter) you will have no problem finding someone who has it infinitely worse than you do. With the access to the Internet, it should take less than 60 seconds to find this other person who has problems that dwarf you own. This has the effect of your putting your problems in perspective.

I don’t know why people don’t do this.  Eva’s grandma did it.  She was having a bad day, until she included a cabbage (expanded her paradigm) and as soon as she did – voila.

Have you developed Jupiter in your chart? Why or why not?