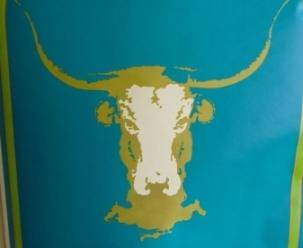 I’ve been blogging for nearly twenty years now. Things have really changed over the years. For one thing, I don’t write much about my personal life anymore. There are a lot of reasons for this.

One of the reasons I stopped is because I realized people hate people like me. This was not always the case. But it became the case and naturally, I backed down.

It’s my quirkiness they don’t like. We’re in this time where people are herded like cows and expected to conform. It makes a person like me really think about mentioning… well, anything. But I’m going to tell you what I did this weekend because it’s just classic. It is quintessential, Elsa P. The truth that no one believes.

This weekend, I bought a desk. Now don’t make assumptions. I’ve been looking for a desk for a long time. For a year or two anyway. I’ve not found one because it’s just not been my time, but Friday, I stopped at a yard sale and there was my desk. “It’s my husband’s desk,” the woman said.

“I’ll give you sixty for that desk,” I said.

She went outside to find her husband. She came back. “He wants a hundred,” she said.

She left to ask her husband. She came back and told me, “Sixty it is.”

Now here is the freaky thing. I never had a desk in my life until I moved into this house with my baby daughter. There was a desk sitting on the curb across the street. It had a FREE sign on it. I liked the look of the thing. I had just got online, for real. This was 1995. I crossed the street and took that desk home. 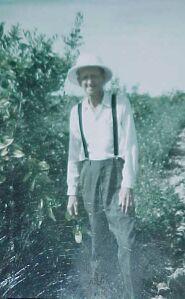 I brought the desk with me when we  moved across the country in 2015. I figured I would get a new desk once I got settled but when I bought this house, the lady who sold it to me sold me a real nice desk for my husband and them gave me another desk, free. The free desk was just like my other free desk except it was tiny bit better quality. My original free desk went to the dump and I was back in business in a blink.

I have supported myself and my family, writing, for all these years. I have also paid to maintain this blog and paid writers and technical people for nearly two decades and never spent a dime on a desk.

“I am that cheap!” I told a friend. “I don’t mean to be cheap, but clearly I am. So now I have sixty dollars in desk costs and a lot of sales to offset that.” She laughed

“It reminds me when I first started blogging. Do you know I wrote my whole book in email? In an email window?”

“Yes. I didn’t have Word or know what it was or see any need for it since what I had was just fine. I just opened an email window and wrote all day long.”

“No. Some gave me Word, that’s how I got it.  They told me I needed it and I said, whatever. But they gave it to me and eventually I learned to use it since everyone said I should…”

I’m not sure if I am going to admit to anything else like this, anytime soon. But I am Henry’s granddaughter (pictured above). He always felt if you had anything extra, you should give it away or save it. There’s just no reason to buy a desk when you have a desk that’s working. But my desk quit working, obviously. Why else would I be looking to replace it? 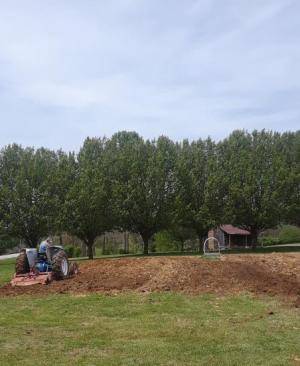 I want to tell you one more thing. Recently I got in a lot of trouble for being generous. I know I am contradicting myself. I just said I was cheap. But what I mean is I take the money I have not spent on desk(s) and buy things to give to people. Treats or other things I think they will like.

I didn’t realize this was an eccentric thing to do, just like I’m not thinking about my free desks up until the day I am. Anyway, it’s another example how people just don’t like weirdos, I guess, or perhaps it’s just my weird quality that has fallen out of vogue. NOTE TO SELF – No gift giving

I hope Uranus in Taurus changes things. It’s possible. I can see it might liberate my self esteem and it that happens, look out!

Until then, it’s periscope back down as I try to do what’s expected of me because that’s what a person has to do to survive in today’s world, to a very large extent.

At least I live in the country. That old man on the tractor is my neighbor.  He doesn’t care if I stand in the yard and yell, “Pizza! to get the dogs to come in. “Ham!”  “Turkey! We have turkey in here, you dogs!”

Are you looking forward to Uranus in Taurus?