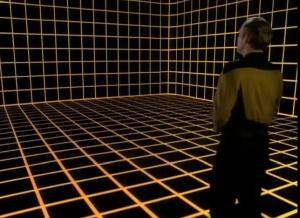 I have an answer now. I don’t know if it’s any good but I’m going to try to write this. I actually have two answers but one fits inside the other so it’s pretty cool. Yes, I like my own idea(s).

I think we’re contained, truth be told, and in more ways than one.  People don’t travel like they used to and I’m not talking about the pandemic, which only accelerated and advanced trend that was already in place.

As an example, a lot of people stopped flying or flew less, back twenty years ago when TSA started patting people down.  You can also think about the point in time when the cost of a car (and hence the cost of driving) soared.  I mean, you need 10K for a reasonably reliable used car; maybe more. 1K used to do it.

Point here is we quit moving around so much.  “Tooling around” is what we used to call it back in the day. You’d grab some friends, get in the car and tool around with the music blaring and everyone singing.  Seems unheard of today. No one is that happy!

So now we have the internet for company and for entertainment. At this point, I see it as a series of Holodecks. You can enter the space and spend some time interacting with other entities who may or may not be real.  Or they may be real but lying.  Old man says he’s a teenage girl. That sort of thing. It’s fake but you don’t know how fake.

So you get bored and hit another Holodeck.  They’re talking about X or Y or Z in this space.  The conversation rarely matters. I mean, you can go get your fix but it lasts about as long as the peace a heavy smoker feels after a cig. You may as well start twitching right away.  The satisfaction you get from this stuff is fleeting. I think it’s because it’s just not real. 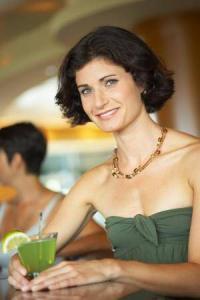 There is nothing tactile; there are no smells… this is funny; it just occurred to me, it works as birth control – why? Because you’re cut off from actual pheromones. You may be able to feel a person but you’re mostly cut off from the person’s energy and they from yours.

You’re living in your head, really. It’s not the same as… getting in the car and crankin’ up the music and bonding with another person(s).  This is especially true if your friends are bots and you don’t know it.  Point here is Holodeck girl is not actually in your life.

I visualize this as if I am standing the the middle of a small room. If I face out and turn, 360 degrees, doors to Holodecks surround me. “Where would you like to go today?”

The people who own the Holodecks know this is lonely, so they stock the environment with twinkly things.  It’s no different than what many bars would do, pre Internet. They’d pay attractive, engaging people to mull around, chatting up the customers to keep them at the bar.

There are enough Holodecks, before you know it, you stop going anywhere. You have people bring you everything. Food, clothes, tools, drugs, everything.  It’s surreal if you think about it, especially if you compare it to life before the internet when no one could have imagined this.

Comparison? When I was in high school, I routinely escaped though my bedroom window to attend keg parties in the middle of the desert, with my heart pumping, seeing what I could see and looking for love!  Had someone told me I could stay home and look at a screen instead, I’d have thought them mad. I mean, that’s funny.

So this is part one of what I think is going on.  I feel we’re contained and distracted from this fact by the Holodecks.  It’s gone on long enough, it’s more as if we’re connected via something akin to an unbiblical cord.

As for the astrology, I’m looking ahead at Saturn in Pisces.  It’s a prison and you are stuck.

I’ll be back with part two.  Meantime – What do you think is going on? 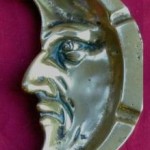 Your Prevailing Feeling When You Were Young