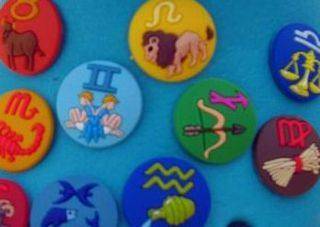 He also as a fascination with other women. We have fought over and over and over again about “other” women. He cruises personal ads, contacts women, corresponds with them (although he hasn’t met any to my knowledge). And I was willing to compromise. He could LOOK but no talking, no requesting, no chatting. There was a NO CONTACT RULE!! He agreed to no contact of any sort and has pretty much stuck to it except for one recent incident – and when I called him on it, he lied to me. He eventually admitted he’d really messed and he apologized. However he doesn’t see what the big deal us. They’re just pictures and she is an “old” friend.

I am insecure with myself and this relationship. I am slowing coming around but it seems every time we have this fight (about every 3 months) I am compromising more and more. Should I just accept that this is the way he is and go from there? Because I feel like eventually it will be all his way. “Having his cake and eating it too”.

See, if it were me, I would go straight out the door because I like two people in a bed. I have nothing against people who like 3 or 4 or more in their bed, but this is not for me. I get what I want some other way. So what do you like?

To be honest, I can’t really tell. But this is what you need to figure out. Because it sounds as if in the beginning, you really wanted a one on one situation. But then again, you hooked up with a swinger. Why’d you do that?

In the beginning you had firm boundaries which he has subsequently transgressed. He has also lied. You responded by fighting and then compromising. But why? Is it because he is bullying you? Is it because you’re afraid you can’t get another man? One who would be satisfied with just you? Or is it because you have an interest in this lifestyle?

See, I don’t think you should give him what he wants. I think you should give yourself what you want! But you have to figure out what that is. Because clearly he is taking somewhere you supposedly don’t want to go. And you don’t have the chart of a wimp or a victim or what are you doing, hmm? What you are doing is “coming around” but for whom?

Personally I think no matter what you do, the result is going to be the same. Eventually you’re going to get creamed by this man. He’s going to eat you for lunch because he’s just so self-centered. However, I don’t think he’s at fault. Because you’re a big girl, doing exactly what she wants.