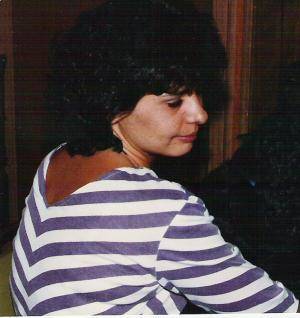 It’s been three weeks since I realized I was no longer comfortable juggling numerous relationships and social or civic commitments. I decide to retreat back to live on the margins of life.  I have been slowly extracting myself ever since.

I did this by announcing my intention, along with a promise to keep all previously made commitments.  It’s been rocky ever since. I’ve kept myself together by remembering that after this weekend, I would be in the clear.

Yesterday, the kid band that my husband and I put together had their performance. It went remarkably well. In my wildest dreams we’d have been so well received, but this is exactly what happened. We received thunderous applause and I was mauled on the way out.  People were incredibly happy. This is what I told the kids we were meant to do.

“We’re going to wake everyone up!  We’re not playin’, okay? You are to get out there and inspire these people. Don’t you dare waste this opportunity. We’re not little mice, you know. Every single one of you is necessary. You’ve part of this.  It’s your chance to get out there and take charge. From the minute we walk out there, we’re runnin’ it and don’t you forget it. We do this right, they won’t know what hit them…”

The kids accomplished this, there can be no denyin’. These are little kids by the way.  Several of them are like…six years old? We didn’t just kill, we slaughtered and now I don’t know what to do.

Obviously the kids want to do this again and do more of it.  Kids and parents and grandparents of kids who were not involved, now want to be involved.  Who doesn’t want to see their kid, happy, empowered and in command?

But I’m not kidding about the retreating thing.  My life (my transits) demand it, so now it’s just..arrrrgh. My Leo side sees nothing wrong with going out on top!

So now I’m where I want to be. My full focus will go into my class, which is a great Saturn transit the 12th activity. It’s cloistered work; natural and comfortable to me.

*The picture is of me, taken the last time Saturn transiting my 12th house. I feel very similar now to how I did then. There is a dog in my lap. We had the same hair. I worked ten or twelve hours a day back then. Came home to house in the country and contemplated things.