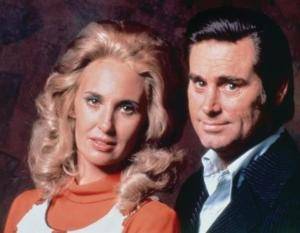 My husband is listening to a book tape about Tammy Wynette’s life.  She had that signature song, ‘Stand By Your Man”.   Apparently people gave her a bunch of crap about it. This was 1968, so women’s lib was coming up.

Tammy was completely bewildered by the reaction. She just couldn’t see anything wrong with the song, to save her life.

This made me wonder why we all can’t all just be the way we are. It also made me look up her chart to see what might behind the song. When it came up on my screen, I had to laugh.

Tammy is a Taurus with Saturn and Uranus in the sign. That right there would make a gal steady, but she also has a Capricorn Moon and Neptune in Virgo, which give here a Grand Trine in Earth.  With Neptune involved, I’m seeing a grounded, transcendent person.  And look at her picture there?  Does it look as if she can help this?

She also has Venus in Pisces opposing Neptune, so sacrifice in love is a given. She was married to George Jones, an alcoholic, so we’re talking textbook astrology here.

I have Uranus in my 7th house. Consequently, I am all for couples making their own rules. I like, Tammy’s song. I think women who don’t like her song should write their own song.  It can be called, “Stand By No Man”, for example.

Are you upset when your peers don’t think the way you do? Or are you more inclined to live and let live?