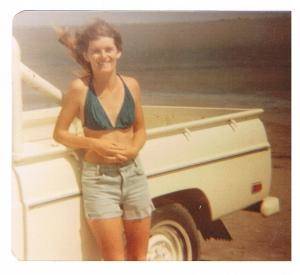 I woke up pondering my own patterns in relating to people. I was going to write about this, knowing I’d written about it before.  There is a pattern, right there.  Periodically, I think about this stuff!

I decided to search my old posts. I found this post from 2009. I’d searched for this key person in my life since the internet existed. This is a gal I knew as a teenager. After ten years, I finally found her. Or rather, I learned that she’d been killed in her 20’s. I felt pain. But I was also thrilled, because I was able to connect with some of her family, who were initially thrilled to connect with me.

I was very close to this girl. I have a gift of being able to recall and transcribe the exact dialogue from conversations that took place, decades ago.  When I do this, the personalities fly off the page. If you’ve read my book, you know what I mean. So I had pictures and information and a perspective and stories about this girl, that I could offer her family. The interaction started out, brilliantly.  But it did not take long for me to cross a line I couldn’t see.

I was talking was talking with a client about people and their natures. She’s read here for years and has witnessed what she called my “drama”, many times. 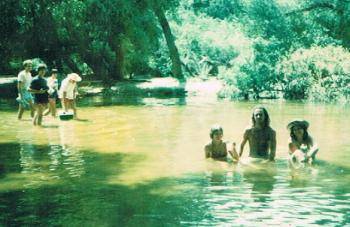 I explained, no matter what my intentions, it’s only a matter of time before something comes out of my mouth. Something rude, something jarring, something cutting, something shocking, something off color, something outrageous or whatever. Invariably my intensity reveals itself in the same way a curl falls down on someone’s forehead, if their hair was made to fall hat way. I wish more people understood this.

The main reason that people can’t figure other people out is that they’re continually waiting for them to do what they themselves would do in a certain circumstance. They don’t realize the other person would never, in a million years do what they would do, think what they think or anything of that nature.

Witnessing this, they try train them the person to act to form.
Or they judge them for being out of form or whatever else they do.
Anything but accept the person’s hair is curly and try to expand themselves enough so they might appreciate it.

In whatever case, I’m frustrated with myself. I’m dazed and confused over finding out that my friend died. I regret offending her family, which I assume is what happened. I had tremendous feeling for them. I say that in the past tense because I have just had to let this go.

I think a lot of people think that I (or others) have choices about the things we do and while there is free will, I cannot “free will” my size 9 foot into being a size 7 1/2. Having Libra I would very much like to please people but it’s not that easy to do.

Do you realize her family might have found my blog, found out I was an astrologer and this is what caused the rejection? What am I supposed to do about that? I was born to be an astrologer. I was born with my mouth as well, and the intensity.

That said, I am staying in the woods now, at least near term. The social rules force this. It’s just not a good time to have a wild (9th house), coarse and untamed (Mars) mind (Mercury).

I was in a meeting yesterday and didn’t say a thing. How unlike me.

Do you have a personality trait you know is hard-wired?