To update the transit, I’ve pretty much made all my commitments and drawn all my lines. I am also off sugar. The transit has been difficult at times, but not harrowing and most interesting at the moment is what’s emerging via conversations with my ex from 28 years ago, when Saturn was last in Leo.

See, he is reading my book, which is about my life. And he is finding out a lot things about me he never knew. And he’s a hothead, okay? And I don’t think he would mind me saying so. He is a passionate man and obviously…well, he has all the qualities you might imagine it would take to survive 16 years as a Special Forces solider with none of them spent behind a desk.

And when I met him he was 19. And he’s a machismo sort on top of all this, so just think about that. Do you want to wave a red flag in front of this guy? Maybe not. But now we’re older. And there are so many things I would like him know. Things I would not / could not tell him when we were kids. And boy did I want to.

I used to lie in bed with him and whisper my secrets to his back while he slept! And I would hope he was only pretending to sleep and hearing every word. I was simultaneously praying he was out cold!

But that was then. We are more mature now and I think I can safely transfer some of this information to him. And I sure as hell want to. I have so many cards to deal him. He has no idea. And the cards are very fine. In fact, they are sublime.

I explained this to him: 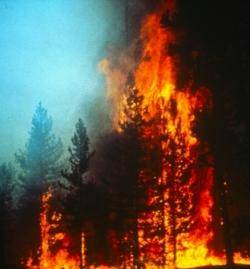 “It’s going to take me awhile to tell you this stuff. To explain. But if you don’t go crazy, I think I will get it done. But I wouldn’t be surprised if it took me two years. Maybe more.”

And he didn’t say anything but I know he knows what I mean. I do not wish him to put anyone’s head on a stick! So if he starts getting too itchy, I will have to back off and wait for cooling to occur. And this is all amusing as hell. Well, to me I mean. You may just be appalled.

But it’s amusing because honestly things just don’t change. We’re both volatile and we both know it. The way we interacted (almost) 30 years ago is exactly the way we interact now. It’s like we both know each other capable of burning down a city. So we’d flirt with this but always, always be standing by with the fire hose, you know? Control that burn, see. Or else!

And it’s very comforting when someone can do this for you. Load your furnace and let you burn. Let you be you, but be standing by with a bucket of water and a cool towel to wipe your brow! And I can equate this to music, actually. With Venus square Neptune, I would.

It’s like we’re both very fine instruments. And we want to be played, but with skill. Do this…don’t mess up the finely tuned thing and it will reward beyond your wildest imagination.

So he’s the instrument and this is my mission. And he would equate it to a minefield, no doubt. But I have Capricorn. So to me, it’s a hill I want to climb. Without a misstep that sends me plunging down!! And can I do it? Of course!

Because I was born to climb, but also because I believe that it is our destinies is to have this exchange at this time and one thing about me is this: I always, always, always show up for my life.

So what about you other hotheads out there? Have you ever had someone accept your fiery nature and understand innately how to work with it? Tell us.