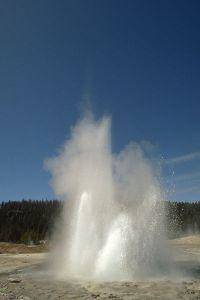 I have a number of clients who have Pluto crossing their ascendant. One of them is concerned, “everything is happening all at once”. I dug up this post for him so he see that what he is experiencing is “normal”.  I think others can learn from this so here you go…

My husband was on a rant which is a common thing. I listen to him with half an ear except for when I decide to pay attention. I can’t do this all the time because the rants are frequent. They threaten my great mood if I don’t filter!

He’s genius-like if you pay attention which for me is another reason not to. There is only so much I want to learn on a Saturday. But sometimes he pops off with something that utterly fascinates me.

He was talking about well-meaning people doing more harm than good with their ill-conceived charitable acts.

“I don’t know why,” he said. “But people seem to think things happen in a linear fashion when they don’t. The universe has its own way and it’s not linear.”

I immediately attached this idea to the outer planet transits. Some gal sits in a horrible marriage for 15 years and then BAM. She’s out of there. Someone struggles to lose weight, or quit smoking or whatever else it is and then BAM. It happens.

I thought of geysers at Yellowstone. You stand there and look at nothing and then BAM! Up it comes. And I have been thinking about this since.

It seems to me if you want to live well you have to learn to ride the geyser when it comes. It also explains why tit for tat gets you nowhere and making this conscious can save you all kinds of grief.

As a graphic example of what he’s talking about, check what happened to the traffic on Astro Dispatch when Paris Hilton linked the site.

The Astrology Of Attention Seekers