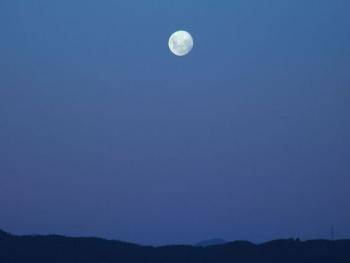 The waxing and waning cycle that we touched on in our discussion of the Sun’s exaltation, detriment, and fall finds analogy in the cycles of the Moon. When the Sun is exalted (lifted up), it is essentially at the beginning of its yearly ‘waxing’ stage, gaining strength and angle in the sky on its way to its full strength. When the Sun is in its fall, it is losing strength and the amount of light it provides is waning. Its detriment shows it at its weakest point. We will look at this concept of increasing and decreasing strength more in depth as we explore the exaltation, fall, and detriment of the Moon.

As we’ve discussed, the Moon rules Cancer, next door to the Sun’s sign of Leo. The Moon is exalted in Taurus, in its fall in Scorpio, and in detriment in Capricorn. Where the diurnal planets, including the Sun, find their exaltations in trine from their domicile (the house of their rulership), the nocturnal planets, such as the Moon, form sextiles to their exalted signs. This means that the domicile of the Moon and its exaltation sign do not share an element (Cancer is water, Taurus is earth) nor a modality (Cancer is cardinal, Taurus is fixed). They do, however, share a gender, and as the Moon is first and foremost defined by the feminine principle of reception and reflection, it will only find strength in a feminine sign.

The degree of the Moon’s exaltation in Taurus is in part determined by its distance from the Sun’s degree of exaltation in 19 Aries. Traditionally, planets can be strengthened or weakened by a close aspect to the Sun – if they are conjunct within 17 minutes, this is called cazimi and considered a notable strength. Any wider orb than that, up to 15 degrees (though the exact degree varies in different sources) is considered to be combust, which is a debility, as the light of the Sun obscures the visibility of the planet (think of light pollution). A body 15 – 17 degrees away from the Sun is said to be under the beams of the Sun and is beginning again to become visible, though not at its full strength.

Now we have two reasons for the Moon’s exaltation in Taurus: one, it is a feminine sign with a feminine ruler (Venus); two, at 3° Taurus, the Moon is 14° away from the Sun’s exaltation and thus just starting to be visible again as a luminary in its own right. Remember that exaltation refers to the beginning of the planet’s ‘lifting up’ in strength. Moon in Taurus is like a new crescent moon in this sense – very newly visible and holding the promise of fulfillment of a cycle.

The Moon is in fall in the opposite sign of its exaltation – Scorpio. As a feminine water sign, we might be tempted to think the Moon would be comfortable here, but as Scorpio is ruled by very masculine Mars, we find that the Moon’s feminine receptivity is overpowered when in Mars’s house, and she may reflect some of these qualities or else submit to them. Whereas Moon in Taurus is like a waxing crescent, Moon in Scorpio is waning, beginning the end of its cycle.

Finally, the Moon’s detriment in Capricorn, opposite to its domicile of Cancer. Whereas Cancer is considered the sign of the mother, Capricorn is the sign of the father. Seasonally, we may think of the solid, watchful father standing in wait on the barren winter earth for the seed of new life to be borne of the mother. Since the Moon in Capricorn is acting in relation to its opposite complement, her action is in a sense dependent on this context – she is not acting grandiosely, not able to embrace the full lushness of life on earth, but instead nurturing something small and as yet invisible with the faith that, in time, it will grow.

Exaltation, fall, and detriment are referred to as different measures of ‘strength’ of a planet, but I find that this conception is imprecise. The body in question has not changed, merely its circumstances. The Sun is still the Sun, the Moon still the Moon, regardless of exaltation or detriment. These classifications are meant to, first of all, tell us what we already know about the nature of planet and its cycles – the Sun’s strength in summer and weakness in winter, for example, is the very basis for the tropical zodiac and universally understood even by those who do not study astrology. Second of all, dignities and debilities give us more concrete info on how a planet behaves in certain circumstances, which is not so simple a matter as ‘stronger’ or ‘weaker’, and it may help to relate it to human life cycles: an exalted planet, being ‘lifted up,’ is akin to the beginning of adulthood – one has not reached full potential yet, but has eyes on the prize and will get there. A planet in fall is like someone who is retiring – that particular energy is not the focus and is fading naturally. A planet in its detriment is both like old age and very new youth – neither is very strong physically but there is a lot of wisdom to be gained through rest and patience.

Now that we’ve covered Sun and Moon – do you have either of the luminaries in exaltation, fall, or detriment in your charts? How do you experience them?