Doing these videos has been a real education for me, mostly because I have never seen so much of myself in my life. And with Venus square Neptune I have little idea what I look like, what size I am or anything else.

Long time readers know my ex, the AMF had to tell me that none of my clothes fit and in fact the boots I used to run around in were 2 sizes too big for my feet. Nothing new there.

When I was 30 or so, my sister broke it to me, I’d been wearing my lipstick crooked all my life and she wanted me to stop. (Has swearing below)

I had another boyfriend who would pluck my eyebrows for me and I could go on and on with the stories of people trying to clue me in as to my appearance when it should be obvious from the above, left to my own devices I am pretty much oblivious. I got this from Henry, I think. 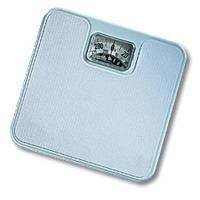 Henry didn’t like his appearance.  It bothered him so much he covered the one mirror in the house with a towel, only taking it down only to shave. He explained that seeing himself put him in a bad mood and I have a similar quirk. I don’t weigh myself.

I don’t weigh myself because I got sick and tired of my day being affected by a number on a scale. It just made no sense to jack myself up over a number so now I weigh once a year when I go to the doc for a pap smear. But anyway, here’s my point:

When I was a kid, I used to play cards. I used to play the hell out of cards that is, and at a table with adult men. And I won almost always, because I am lucky for one and freakishly competitive for another, I was sober, but most of all, my “poker face” was renowned.

Now I was 8 and 9 and 10 years old and though I knew I had a poker face, I didn’t know what a poker face was. Well, I knew but I didn’t. I knew you weren’t supposed to tip your hand so I assumed a poker face was a blank stare and I assumed this for about 30 years until I met Stevie. Have a look at this website top10pokerwebsites.net to learn about different types of poker pace and how to play poker online through online poker sites.

Stevie was the first person to describe my poker face to me and boy what a shock in both directions. I met Stevie online but then I went to her house to meet her in person. And she’d heard about my poker face. She’d read about it, rather so she was curious to observe it, and this was all unbeknownst to me.

So I met (Double Scorpio) Stevie and I wrote about what she shared with me here, The Astrology of a Person’s Energy in a Room. You can read that bit if you want. It’s from 2006 and was my most commented blog of all time back then so there is some interesting stuff there, but here’s the edited version:

“You?” she said gaily. She was in a mood. “You’re the wind,” she said, waving her arms around. “When you come in, all these musical notes swirl around…”

She was waving her arms like crazy and I just stared. Did she mean chaos?

But then I realized she was describing Venus Neptune. Music! And as I began processing that, she switched gears.

“But the main thing is your poker face,” she said.

“Oh yeah. Hell, yeah! Your poker face is a motherfucker. You have the best poker face in the world.”

“It’s your smile! You’ve always got that smile! No matter what, you smile and who knows what you’re thinking? There’s no telling. What is she thinking behind that smile? You could be thinking anything, there is just no way to tell…”

I snickered. “I see. Oh yeah. I can see that. Because if I hated someone I would still smile at them. Jupiter rising, see. It doesn’t matter how I feel. All I have is this grin,” I said. “No off button.”

So since I have been doing these videos I have come face to face with my own face and boy what a shock it is. Because I know what I am thinking, see? When I take pause in the videos and smile, I know the things on my mind that I could say or might say but don’t say or forget to say which I think is one of the reasons I smile so much.

And I’ve been watching these for awhile now trying to get my mind to understand that this is exactly what I was like when I was a kid. All those card games, one skinny dark-haired girl sitting there grinning, mind whirling in the background and rakin’ in the dough, for reasons unbeknownst to her. This is my Moon Pluto transit talkin’ too, I guess. Some roots I’ve got. You wouldn’t believe what I was thinking about those guys.