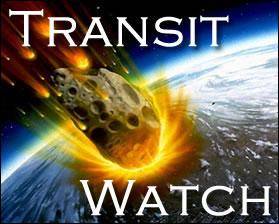 The Jupiter, Saturn, Pluto conjunction in Capricorn will be maintained for the rest of the year.  Everyone wants to know what to do; how to work with it.

I wrote this in January 2020 and updated it when Jupiter go involved. I’m pulling it back up as we near the end of this period. It’s because of this line, “First, this conjunction is going to mark people. ALL people”.

I just finished a consultation with a gal who is losing her husband. She has two children who are losing their dad.  Clearly, this will “mark them”. I think at this point, most people can see how this conjunction has impacted them. I thought we might talk about it. Here is the old post:

You may be scared (Saturn) to death (Pluto). I can’t make this fluffy but I do hope what I write can help people control their fear at the very least.

If you’re heavily Scorpio, Capricorn or both, you’re in a better position to channel this powerful energy.  Even if it knocks your socks off, you’re likely to be the first to rise from the ashes. Here comes the plain-speak, I’m known for.

First, this conjunction is going to mark people. ALL people. Age is not a factor here.

A “mark” in my mind is an event that changes a person and therefore changes the rest of their life.   For example, you’re ten years old and your parents divorce.  Or maybe you’re forty years old and your spouse dies.  It could be job loss or serious illness.  When these happen, they mark you. They change you on every level.

“Marks” are not always negative. You may graduate college and because you did this, you’re marked in a way that pays over the course of a lifetime. You may marry or have your first child.  When that happens, who you were, is done.

These things are all sort of real but you can be marked in a way that’s less defined. For example, you may inadvertently find your calling.  Do you think I set out to be an astrologer? I did not!  Am I not marked? 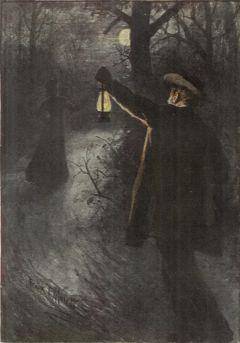 With that aside, let’s looks at the houses in your chart where the conjunction will take place.

Jupiter, Saturn and Pluto conjunct in the 1st house:  This is the you take control of how you assert yourself in this world.  You’re going to be seen as a force to be reckoned with.  So how are you going to handle this?  Will you intimidate people? Repulse them? Maybe.  But you may also present as a solid source of support for others. The person people call when they’re running on empty.

You may be worried about your physical body and yes, this transit might take a toll on that front. But it also pressure you to go deeper and find resources you never knew you had.

With Jupiter getting involved, you’re looking at the beginning of a new story for the transformed “you”. You’re probably a bit more optimistic than you were back in January.  You know you’re going forward, even if it’s slow.

Jupiter, Saturn and Pluto conjunct in the 2nd house:  You can expect this conjunction to affect your money, your values, your self-esteem and/or your possessions. No, this does not mean you are going to go broke!  However, you may have to get by on less.

You may also choose to get by on less. For example you may feel burdened by your possessions and decide to pare down. The purge may be extreme.

In whatever case, think in terms of consolidating your losses, if this is what happens. Get real about money and power and how these things work in your life. Your stubbornness may be something to behold!

With Jupiter getting involved, your money and your self esteem has probably improved. At the very least, you probably have some realistic vision and/or plan to inflate your value.

Jupiter, Saturn and Pluto conjunct in the 3rd house: You’ll learn about the power of words when this pair planets meet in your 3rd house.  For Godsakes, don’t gossip, because Saturn and Capricorn are all about consequences. If you cause a problem for others (especially 3rd house-ruled neighbors or siblings), you’re likely to have that karma ball come around, hard.

You may also find yourself at a loss for words. Communication may be blocked or just hard to manage. You’ll also be held accountable for what you say.

It’s a situation where a person mutes themselves because the burden of speaking is so daunting.  Say less. Mean more!

With Jupiter getting involved, you may be spreading truth or thinking ahead.  It’s not as dark and difficult.

Jupiter, Saturn and Pluto conjunct in the 4th house:  This is a rough one.  If you have a strong family or emotional foundation, you’ll be glad of it, at this time. Unfortunately, many people lack these things. They will feel this void, deeply at this time.

On the upside, the pain will force them to dig deep. Here again, a person has resources beyond they’re conscious awareness… and pain to excavate as well.

If you know anyone who will be dealing with this conjunction in their 4th, try to offer support if possible.  This is a knot in your stomach times one-thousand.

With Jupiter getting involved, you’re planning for your future. Even if you were very hard hit (which is likely), you have survived and you’re looking to make things better.

Jupiter, Saturn and Pluto conjunct in the 5th house: Well, ha ha!  This makes me think of an accidental pregnancy. You meant to have sex for recreation (5th), and instead you got sex for procreation (Pluto) and real life consequences – you’re a parent (Saturn)!

The 5th house rules creativity. If you ask me, making a baby is the ultimate creative act!

In short, “fun sex” has a deeper meaning. If your kids are already born, you’l probably take your “parenting” job to a deeper level (and a higher standard).

People may withhold sex under this influence, especially Scorpio which is known for this.

With Jupiter getting involved, life is a bit more fun.  You may be more visible. You’re creative light has expanded.

Another killer is WORRY.  If you tend to worry and fret, now is the time to get on top that. Become empowered by taking control and limiting the stress in you life.  Work smart. Simplify!

With Jupiter getting involved, you’re probably working a lot. If you’re not working, you’re planning for the future. You’re sorting out your job and your daily routine.

Jupiter, Saturn and Pluto conjunct in the 7th house: You may be afraid you will lose your partner… or never have a partner to begin with.  While these things can happen, you’re more likely to become more deeply committed to a partner.

This doesn’t mean, necessarily, that you’re going to meet your “soulmate” when these planets meet in your 7th house.  You may very well find yourself completely bereft on the love front, but not without a purpose.

There are many people who simply don’t value others until and unless, they are brought to their knees.  So it’s when this happens, the healing begins.

You may also find yourself bearing a burden for your partner, or you may be the burden they have to bear. However, this plays, you can expect to be deeply humbled, and to have something come from it, that is real.

With Jupiter getting involved, your love story improves. You’re probably more generous with your partner / the other.  This comes back to you.

Jupiter, Saturn and Pluto conjunct in the 8th house:  Well, jeez. If you’re one of those people who think you’re magical with no pathology attached, you’re in trouble here.  It used to be trendy for people to state in the personal ads… “no baggage”. Yeah, right.

During this transit, you’re likely to be acutely aware of what’s wrong with you, psychologically speaking. You’ll also be tasked with taking responsibility for it but hey! That’s a lot better than forcing others to carry your bags.

It’s also better than being rejected for the baggage that surrounds you, so just just be glad when it gets real and you have the chance to really get yourself together.

Um… you may also be dealing with death. Death of parents, inheritance or lack of inheritance as well.  Pay down your debt.

With Jupiter getting involved, you’re probably progressing. You’re getting an education of some kind.  Even if it’s all about what you see when you turn up rocks.

Jupiter, Saturn and Pluto conjunct in the 9th house: This transit it liable to transform your beliefs.  Hard to say how this might manifest, but it might be a result of the death of your inflation.

For example, you may believe you are the center of the world. It’s a transit like this that will show you the real scale of things. The real truth. The real power.

Frivolous beliefs will be flushed to be replaced with beliefs that are deeply rooted and real.  All in all, this is one of the easier places for this beast to land.  Be grateful!

With Jupiter getting involved, it’s all about higher education and spreading the news.

Jupiter, Saturn and Pluto conjunct in the 10th house:  If I could choose a house where I would like this conjunction to land, this would be it.  You’re on top. You’re visible.

Now hopefully you did not lie, cheat or steal to get there because if you did, you’re liable to take a tumble and yes… it’s a long way down.

With Jupiter getting involved, your responsibility has probably expanded… the grace you need to maintain your position should be there as well.

Jupiter, Saturn and Pluto conjunct in the 11th house:  You may lack friends at this time or more likely, be reduced to just one or two who really matter. You may lose a friend during this transit. I hope not, because if it happens, it will be terribly painful.

Take care not to betray your friends. Be sure to support those who support you.

This is a transit may deliver a “friend-for-life.  But you’ve got to be one to have one. Exchange of energy, okay?

With Jupiter getting involved, your social circle opens up some. There are opportunities, though you have to reach or work for them.

Jupiter, Saturn and Pluto conjunct in the 12th house: This is the quintessential “dark night of the soul”. Your suffering is hidden but endlessly and enormously important, beyond your wildest dreams.

You can’t escape it. Merge.

With Jupiter getting involved, you have an angel on your shoulder, now.  Do not deny this – you know it’s true.

There you go!  That’s it, I’m done! Now may we all get through this together!

Where will the Jupiter, Saturn and Pluto conjunction land in your chart? What’s happening?
*Update in November 2020 – how has this conjunction marked you?