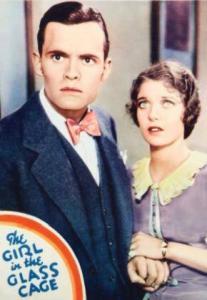 If you’re anything like me, there are certain things you complain about regularly.  Maybe it has to do with a relationship or your job or your family or whatever. I’ve been thinking about this a long time.

I want something to change in my life, or someone. I can give you an exhaustive list of reasons why this change should happen. Because it’s fair, because it’s right, because I’m right…

So much horrific stuff has happened in my life, I learned long ago that compromise is necessary. It’s not realistic my view on things would always be right so I started accepting situations a long time ago, so I could work through various problems.

I found I could get through a lot of things, and often beyond them in this way. I’ve also noticed people remain stuck.  It’s stubbornness sometimes. Other times it’s a control thing. You want someone or something to change before you’re going to budge. Classic power struggle, I suppose.  So this has worked for me but as of now, it’s not enough.

Now I know what I’m doing is radical, because when I told the friend I complain to most about this idea and she gasped. Not a little gasp, either. It was a “no one would do that”, gasp.  This validated my feeling that I was committing to something unusual.

I explained my change of behavior might impact other people (in a good way) but my primary reason to make this effort is to see if I can do… number one. But if I COULD do it, what will that mean?

I think I will feel a lot of power, frankly.  It takes courage to go against everything and really everyone’s advice which frankly, is not that valuable.

I don’t mean that in a disrespectful way at all.  The reason the advice is not that great is because I’m quite an odd person in an odd circumstance. I’m pretty secretive too, so when someone wants to advise me, they are going to have do so, mostly blindfolded. How good can the advice be given the limitations?

My decision is made. “I’m not going to…”

Well, yes I am. I have changed my mind!

I am also taking my own advice here. Saturn square Uranus begs us to try new things and break the rules…  my own rules!

I mentioned opting to act smartly rather than stupidly in one of my newsletters. It’s a Mars in Gemini thing. I asked myself, what I would do about my chronic, unsolvable problem if I were not an idiot? This was the answer that came to me.

I’m going to do exactly what I can’t do and what I refuse to do. I’m pretty confident, I’ll smash my personal prison in the process.

The way I see it, this action will transform me into a person who can and will.  I like that a lot better than being a stubborn fool.

Has it ever occurred to you to turn 180 degrees in order to resolve something? 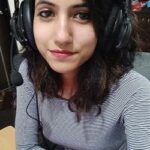 Evolving, Pushing Others, Projection & Aging Out