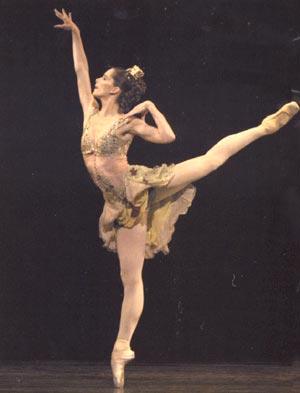 I wrote this story in 2002, back before Saturn got me.  I was surprised when satori told me once that she liked it. It’s just not the kind of story I’d think anyone would like but I did want to write it just for blathering purposes and also to beguile people for their own good. Enjoy!

I’m going to tell you about a good idea I had once. Scott told me that good ideas were plentiful. He said this was not the problem in life. A shortage of ideas I mean. He said that good ideas were easy to be had and in fact he had so many they were a pain in the ass. I kind of marveled about that because I was not certain at the time if I had ever had even one good idea, but he’s purported to be a genius so I took him at his word.

Many years later, I did have a good idea though and I can tell you how I know this. I know it because my next door neighbor told me and she was fit to judge. Oh hell yes.

This is a story about a spot in time. Some of you know my sister considers life a grand ballet. Various scenes are being set up while other things may lie dormant for awhile but something is always happening. It’s a long ballet. Parts of it are boring even.

I wholly agree with her view and this was something like that. Strangers winding up in the same place and combining to make something strangely beautiful. It lasts for awhile and eventually one of them dances off one way or the other.

When I say “next door neighbor” I mislead you. My neighbor lived across the dirt road in the middle of the desert in the middle of 80 acres. Her house was not visible from the road. It was set back, way back and although she grew very fond of me, I was never invited over.

I did not feel slighted. For one thing, she was 84 years old while I was in my twenties. Laugh. A mere sixty years between us but it was also just the way we were at least at this point in time.

Across the road from the entrance to the drive that leads to her retreat is a house. It’s a famous house in a way and I will tell you why if I get to it, but what happens is that I come along in my Frito Lay truck. Yep. I drive down this dirt road in my truck.

I was speeding of course. I was kicking up desert dirt behind me three stories high and happy as a clam. Not that it makes a difference, it doesn’t. There is no one anywhere, remember?

I didn’t have my glasses yet. I needed glasses but I didn’t know it so I couldn’t see very well, but I did manage to see this house with a for sale sign in front of it and I decide to buy it on sight.

Okay, okay. I was going to look inside and then I was going to buy it but I was going to buy this house no matter. When you are part of a ballet you have to show up on your mark at the right time so that all so the proper meetings and exchanges can occur and there was no doubt that this was in fact *my spot*.

How do I know? You’re kidding right? I could tell you but this is supposed to be a short story and I try to stay on task, so what I did is call the agent to arrange to see the inside of my new house.

We pulled into the circle drive that afternoon and walking to the front door I spied a wagon wheel through the window of the family room. The room was made of rock and the wheel was hanging from the ceiling with lights strung around it and oh brother did I ever want to own that thing. It was red and my Leo Venus likes red a whole lot so she began to slobber some. She’d rather I put that another way but too bad. It is her tough luck, she’s she is fun to tease.

I wanted to live with that wheel, I was sure of that so I gave a little involuntary chuckle because I knew this house was sold and it was sold to me. I was full of glee and nothing else. Who doesn’t want a wagon wheel hanging from their ceiling? It was a real one you know. Wood reinforced with metal. It must have weighed seventy pounds, strung up on a chain and everyone who ever saw it was terrifically jealous which pleased me, I’ll admit.

I was 24 years old. I bought the house immediately and this is how you wind up with two very single and very independent, slightly crazy women each living alone on a dirt road in the middle of nowhere.

Now if we were keen to have neighbors or looking for a new best friend, we wouldn’t have lived there, right? Right. We’d have made a different choice. We were out there to be left alone and/or to pick and choose our company but we were destined to collide.

This had to happen because our mailboxes were sitting together side of the road like Frick and Frack and so there you have it. The set up.