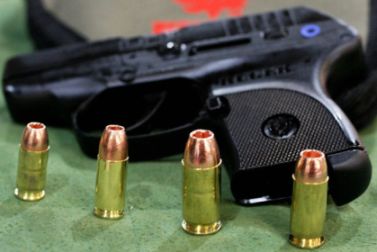 Send Guns, No Money, No Lawyers

My 84 year old neighbor had a shot gun.  Does that seem weird to you?  It did to me at first but I thought about it and saw it was quite normal.

I learned about her gun when she threatened to shoot the mail thieves. Yep.  Someone was stealing our mail.  The mailman said he was picking it up scattered here and there and my neighbor told me that she’d be happy to kill the mail thieves dead but she lacked luck.

“It’s too hot,” she said, nodding to indicate the desert around us. “I’d get my shotgun and hide under a tree all the damned day. sweating and nothing would happen. Then I’d go inside to get something to drink, or I’d have to pee and that’s when they’d come by and steal the mail,” she explained.

This time it was me shading my eyes to block the sun as we stood by our mailboxes and talked. I marveled at what she was thinking.

It’s good when other people talk because otherwise the fact is, you have no idea what they are thinking. What they are thinking is rarely what you think they are thinking.  This is especially true if you hang around interesting people but to get to the point, when my neighbor was talking about her gun… well what I am trying to say is a few days later I got a gun too and you won’t believe where I got it. I got it out of my mailbox.

Yep, someone mailed me a gun and I didn’t know who. I know now but I didn’t know then and I wouldn’t find out for several months.

I’d never handled or held a gun so it was completely strange when I opened the carton I’d found in my mailbox and laid out the gun and the bullets on my kitchen table.  You can tell, huh? Gun people call bullets “ammo” but I feel slightly stupid saying or even thinking that word.  I am not an impostor type, you know. I don’t believe in acting an expert about something that is foreign to me and I didn’t know anything about guns.  I don’t know now and I didn’t know then.

You must be wondering at this point if I know anything at all.  I do. I know cool stuff like you should always sleep with your head to the north but back to this gun puzzle.  I wondered what someone was trying to tell me.

I thought my neighbor may have sent it. You know.  So we could go kill mail thieves together. I lived where I did and my neighbor lived where she did but she was better at it than I was. She had far more experience living (alone) in the middle of nowhere. I thought she was competent and if she had a gun then maybe I needed one too?  Maybe she was appalled I didn’t have one. My friend, Dick was, that’s for sure.  I’ll get to him but I still didn’t know where the gun came from.

Did I order it and forget about it?  Not likely.  Can you even order a gun in the mail?  I didn’t know.  How would I know that?

Should I return it?

My imagination ran off.  Had someone killed someone with this gun?  Was I supposed to dispose of it for my good pal?  If so, then why the brand new full box of bullets sent with the gun?

Uh oh.  Was I being framed for a murder?  Or murders?

I could throw it away but then what if someone found it and killed someone?  What if..?

I decided to keep the gun, mostly by default. I had no idea what I was going to do with it because personally, I would never shoot a mail thief. Not to say I’m not grateful to have a neighbor who would.

And the cow?  Yep, it was hers and he was a smarty.  He got out several times and eventually she had to replace the guard.  It was bent and he knew right where to step to escape although he never went far. Usually I came home to find him hanging like a loose tooth, at the mailboxes.  He was not trying to exactly get away.  He crossed because he could and wanted people to know and I understood that.

When I saw him crossed over I’d call my neighbor and alert her.  Seeing as she was old and I was not, I asked her if I might be able to just get that cow back inside the fence myself so she would not have to come from wherever she lived, back somewhere on her property but she said no and further she laughed at me. “He ain’t gonna listen to you,” she said.

I was not insulted.  I was relieved to be let off the hook because really I had no desire to master cow control and I still don’t.  When you get right down to it, I am not that eccentric.