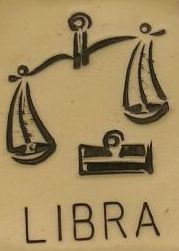 This is a super sticky subject but I’ll try to lay it out.  There is a gal on the boards who speaks out about her hardship dealing with her teenage son who does nothing but make poor choices.  You don’t need details. Most know a parent in circumstances like this. Their kid is violent, disrespectful, law-breaking, lying, truant, you name it, and the parent’s hands are tied.

In another scenario, you may know a woman who is beaten or otherwise mistreated by her husband or her boyfriend.  You may know someone who is spending their way to homelessness or you may be in love with (or just care about) a drunk or drug addict who is increasing in speed as they careen downhill. You may know someone with a great partner, embarking on an affair with a shadowy figure,  someone who decides to embezzle from their job, the scenarios are endless.

Most agree, people have free will. Most agree, a person’s life is their own.  What do you do in situations like this? Do you get out of the way to allow the person to hit the wall their headed towards, faster?  Do you get in the middle of it and get beat up yourself?

The thing that makes this complicated (for me), is that it is really hard to judge what is a  bad decision. It is possible to take a convoluted route but wind up somewhere enviable. I know that I have made decisions in my life that some thought were foolish at the time but that have ended up playing well…though I think they caused people who cared about me grief and concern at the time.

This is a Saturn in Libra issue of course. Boundaries.  But lets say your friend starts smoking crack.  What (if anything) are you going to do about that?  What if a year later, they’re still at it and what about five years later?

Do you have a break-off point? What does it take for you to put your needs ahead of theirs?