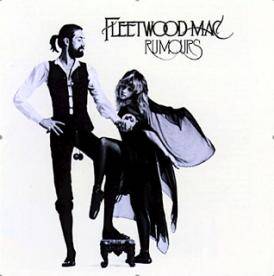 “You were lonely,” he said, yelling into the phone because it’s loud where he’s at.

“YEAH?” I yelled in the middle of the grocery store. “YEAH, WHAT ABOUT IT?”

“Well, when you were there at that concert, I was somewhere else. I was in another state but I was listening to Fleetwood Mac too,” he yelled. “Yeah. They’d just came out with that Rumors album and they were on tour.”

“Yeah, P and I today I could feel both our feelings at once. You were in despair,” he said. “Despair,” he said with his voice trailing off. I could tell he was sad. 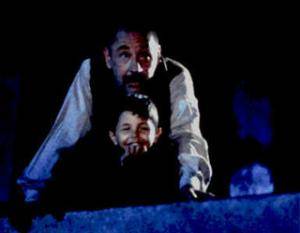 “OKAY, RIGHT. I HAD BLACK EYES. I HAD TWO BLACK EYES,” I shouted into the phone. “YEAH I WAS MESSED UP.”

“NO I GUESS NOT,” I yelled, still standing in the ice cream aisle starting to feel my chest get tight.

“We met about a year later,” he said. “Something like that,” he added.

“I know. Your friend took off with her boyfriend and left you. You didn’t have a boyfriend.”

“YEAH. WELL I COULD NOT GET A BOYFRIEND ON THAT DAY. MY FACE! IT WAS… IT WAS SEVERELY SWOLLEN. OH MY GOD, MY FACE… MY WHOLE HEAD… I WAS AT THAT CONCERT THOUGH.”

“AND PEOPLE KEPT ASKING ME WHAT HAPPENED TO MY FACE,” I shouted. “WHAT HAPPENED TO YOUR FACE, MAAAAN? AND I GOT SICK OF TELLING THEM. TO HELL WITH IT. QUIT ASKING ME. BECAUSE YOU KNOW THEY DIDN’T LIKE THE ANSWER WHEN I TOLD THEM SO I CLIMBED TO THE TOP… STOP TALKING TO ME ABOUT MY FACE! I WENT UP HIGH SO I DID NOT HAVE TO ANSWER QUESTIONS ALL DAY. I STAYED BY MYSELF AND I DID WHAT I DID,” I yelled.

“Well if I’d have been there and seen you I’d have asked you about your face too,” he said.

“Yeah. And then I’d have asked you if you wanted to be my girlfriend,” he said chuckling. “DO YOU WANT TO BE MY GIRLFRIEND? What kind of stupid thing is that to say, P?”

“I’m sorry I’m so stupid. I’m sorry I say dumb things like do you want to be my girlfriend.”

“Well it’s stupid. But anyway,I felt this today and it’s been bothering me all day. I am sorry you felt lonely like that. I am sorry you were in despair. And I called you as soon as I could… I have been waiting all day to tell you this. Tell you this happened and it happened to both of us at the same time because it did. She was singing… she was singing you know. That Gold Dust Woman song… Rock on- gold dust woman,” he sang, sounding incredibly sad.

“YEAH, I KNOW. OKAY! OKAY, WELL WE MET AND WE WEREN’T LONELY THEN, RIGHT? NO MORE LONELY, SWITCH TO PURE THRILL. SO IT’S OKAY?”

“Yeah, P. It;s okay. And rhat’s right. That’s exactly right. So do you want to be my girlfriend now or what? Because if you do I’ll do everything I can to make sure you never feel that again. You will never have to feel despair like that as long as I am around…”

Finished with the conversation, I bought my groceries and walking to the car, I thought of Cinema Paradiso

. There is a town crazy in that movie and the Italians just let him be. This is not the first time I have yelled a conversation to the soldier in the grocery store and I doubt it will be the last which means… it means I am the town crazy and really, I could care less.