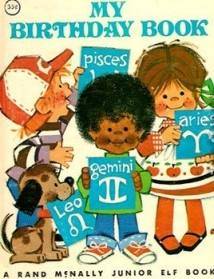 I’ve mentioned my son has the chart of a wealthy person… this is dramatic to my eye. When he was born I wondered how this was going to work. I pretty much figured he would wind up rich but what about “childhood”? Because he wasn’t born with money… except he was and here is how this works:

My daughter is a lot like me. We want almost nothing. The things we do want, we want very badly. We want them to death you could say, but this only happens in a blue moon.

The first time my daughter asked me to buy her something in a store, she was seven years old. She saw a very large, very expensive stuffed dog and she just went berserk. She wanted that thing so badly and I got for her on the spot because I realized she had never asked me for anything in her life. Ever! This in contrast to my son, who wants everything all the time.

So my daughter and I share this quality. We place value on non-traditional things so what happens, is all the resources (money-wise) flow to my son. For example, if I give my daughter 10 dollars she will spend 8 on her brother, 1 on herself and donate the last to the dog pound or the Children’s Hospital’s via those cans they have at grocery store checkouts. She does this without fail and she has done it since he was born. There is no way to stop her… it’s her money! But besides that, I get it and I pretty much do the same thing. We both know he likes stuff, it makes him enormously happy, we love him, so..? And it’s no skin off our nose. We don’t want anything anyway… except the experience of giving.

And my son? Well he has a lot of stuff. He has stuff coming out of his ears and he has exactly what he wants too. He has specific tastes and frankly if you get him anything less… well he just doesn’t get it. Why would you not have exactly what you want? I think that would be an unanswerable question to him and this is obviously the reality of a very wealthy man.

How did you show your colors in childhood? 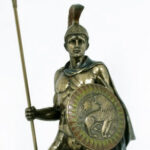