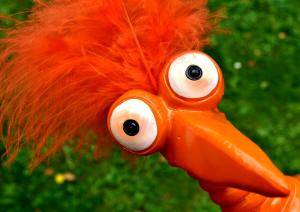 This is how to Sun, yes?

When we initially learn about planetary dignities, it’s normal to immediately scan your chart to see which planets are dignified and exalted and which planets are in their detriment or fall. We naturally want to know if the “good” or the “bad” interpretations apply to us. But what does it really mean for a planet to be in detriment or fall? And what myths are there to bust?

They shine…differently. When you see a planet in detriment or fall, the most important thing to remember is that they can still function, albeit a little differently than normal. A planet in dignity or exaltation is able to succeed and meet traditional goals by traditional means, but a planet in detriment or fall is forced to find another way. Take the Sun. The Sun in Leo, its dignity, is able to shine and be seen using traditional tools like creativity, entertainment, and self-aggrandizement. But the Sun in Aquarius has no such luck. Instead, it has to use Saturn/Uranus tools to shine. An Aquarius Sun will differentiate itself by dressing differently, challenging existing rules and structures, and highlighting the group consciousness over individual glory. An Aquarius Sun still shines, but it accomplishes this through unconventional means.

Sometimes they hide. Take Mars in Libra or Cancer as an example. People with this placement will sometimes deny having a temper at all. They will talk endlessly about how patient and forgiving they are, how much they care, how they wish other people could appreciate what they do. This sounds pretty passive aggressive to me, but they would deny it all day and night. Basically, if they don’t know what to do with the planet, sometimes they’ll sideline the energy to a greater and greater degree. At least, they will until:

Sometimes they explode. Planets can’t be denied forever. Eventually they are going to be expressed one way or another. Take our Mars example. That person may talk all day about how loving they are, but do you want to see them when they feel unappreciated? That is a powder keg waiting to blow. Or take a traditionally masculine man with the same placements. Libra Mars men are known for their ladykiller charm and Cancer Mars men for their machismo. And from experience, I can say that you don’t want to be in the room when either one finally blows. Basically, they get tired of trying to accomplish Mars goals with Venus or Moon tools. Suddenly the restraints come off and their unfettered Mars comes out to play.

While there are a number of ways that planets in detriment or fall can manifest, the important thing to remember is that they are truly fine. They may not be able to take the most straightforward path to success, but they can get there nonetheless. There are entirely too many famous writers with Mercury in Pisces or rich and powerful courtesans with Venus in Aries to ever doubt it. The challenge is to make your own path.

Do you have planets in their detriment or fall? How have you made them work for you?