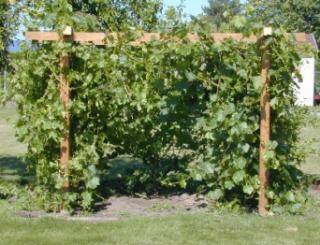 My husband and I are both having a Saturn transit. He’s in the process of building a grape arbor similar to the one in the picture. It will be set in concrete, built to last. Because the terrain is uneven, one of the posts will be sunken, more than thirty inches. Posthole digging, anyone?

Saturn is transiting the angles of his chart. It’s all about structure and definition. The arbor is great representation of the transit.

On my end, it seems to be about shoring things up. Bricks and mortar style. 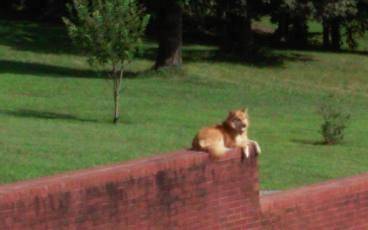 There’s a crack in our front walk.

There are some minor gaps between sidewalk next to the house and the foundation.

I want all these things done, this instant. That’s my Mars. But the fact is, they are best done, methodically and slowly but surely.

I have to shore up my character at this time as well. I’m finding out where I am lacking. I have to work to fill in the gaps.  It’s another slow process.

We’re moving like snails but we’re constantly moving.  And it’s not all heavy…

Are you having a Saturn transit? What are you working on?