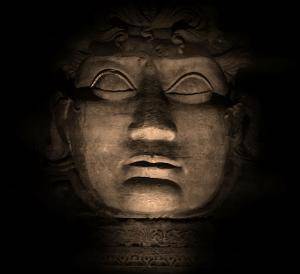 If you have Lilith in the 10th house of your chart, her themes will manifest in terms of reputation, career, and your position in the world. In other people’s eyes, your place on the saint-sinner spectrum always falls a little further toward sin that you might prefer.

In traditional astrology, the 10th house is known as the culminating point or the pivot. With Lilith here, that dark, outraged wound seems to be the axis around which your world turns. She is destination to which all roads lead. Lilith is your personal Rome.

The 10th house is associated not just with career, but with actions. The 10th house is your Acts in the biblical sense, your praxis. With Lilith residing here, your role in the world is to live out her story. You have been wounded, scapegoated, and have likely ultimately fought back. Your struggle is public in a way that no other placement can match. You embody her role and story and model her archetype. And if you’re particularly lucky or particularly brave, you have been able to make a career of going your own way and maybe even fighting for the downtrodden.

The 10th house also has to do with reputation, which is, in effect, the stories that other people tell about you. It is not uncommon for you to feel perfectly normal, going through life as a respectable sort, and come suddenly upon that fact that the rest of the world views you very differently. This is the placement that leads to wild, outrageous rumors swirling that bear little to no resemblance to who you really are. This is also a placement you’ll see, for instance, in actresses who refuse to do openly exploitative and degrading work and who are forever labeled “difficult to work with”.  Your choice to stand up for yourself against what are often truly outrageous conditions or demands, particularly by authority figures, has left you disgraced or pushed to the sidelines.

I could easily write for hours about this placement. But let me at least end with this: It’s true that you have been thrust into the Lilith role, often unfairly or without your consent. Those in charge have seen to it that anyone that challenged their power was vilified, and you have been caught up in that. But Lilith’s story didn’t stop there, and neither should yours. She broke out, shook things up, and carved a place for herself with her own fingernails and sweat. And you can too. Through your strength and pioneering spirit, you show the rest of us that we too have a chance. You pave the way for us all to step beyond the paths that have been proscribed for us and instead teach us all how to live free. Fight on.

Do you have Lilith in the 10th? What has your experience been like?