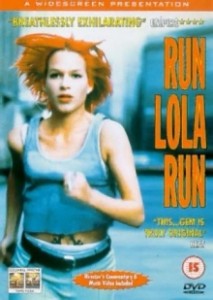 All my life I’ve struggled to find stability in relationships. I’ve gone from one relationship to the other. And when each one ends, I’ve had to begin from square one: moving, changing residence, etc.

I spent some three years single and extremely lonely. Then I fell in love with a guy and we spent two years together. Now that relationship has come to an end, due in large part to my increasingly rageful personality.

My behavior in this most recent relationship pains me greatly, because he was patient and loving. Of all the men I’ve been with, he most deserved my love. In a way, I feel that I’ve acted uncharacteristically harsh with him – even my sex drive vanished, something which had never happened before, even when I was fighting with a boyfriend all the time!!

I am feeling so sad and remorseful but also very terrified of my temper. I’ve been giving given serious thought to giving up love relationships altogether – they bring out the worst in me. Am I doomed?

Woah. I admire you for writing this. It’s the kind of thing that is difficult to admit, so hardly anyone ever does. You’re a stand-up chick.

However, you’ve got to get your ass in gear, or else it’s going to be exactly as you fear. Because you’re too old for this shit, okay? You’re going on forty! Your acting-out days are done. Finished! Fini! And this is not me talking. This is what you need to be telling yourself. My job is to help you and I’ll try.

Number one, you need an outlet for your physical energy. See, I don’t think you have a “rageful personality”. What you have is tremendous energy and it’s your job to manage it. I don’t care what you do. Kickboxing is an obvious choice, but don’t mess around. Do this three times a week at least, and five or seven would be much, much better. Twice a day, if you have to.

Here’s the astrology: Mars in your chart (raw male energy / anger) is like a gun cocked and aimed at your Venus (love/relationships). And you see the result of that. You hunt these men, and kill them. You kill love. And you’re not going to be able to just stop. This is in your chart and then energy will play, one way or the other.

In my model you exert yourself (Mars) and get beautiful (Venus) in the process. In my model, your Mars is a heroic athlete who earns love (Venus).

In the same vein, if you haven’t already, I think you should assert yourself (Mars) and contact this last boyfriend (Venus) to apologize. Take responsibility for what you did to him. Not to get him back, but because it’s the right thing to do. Are you getting the picture here?

Grow up and be a hero. Now.

Do you take your anger out on your partner?