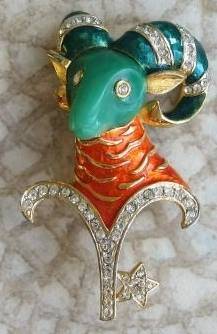 It seems as though I have had nothing but bad luck. Every investment I have made is either a loser or break-even. Even my relationships are neither stable or long lasting.

What’s the deal? I feel as though I’m using sound judgment. Will things change… or is this as good as it gets?

In astrology, love and money go hand in hand as they are both Venus-ruled. Consequently, Venus in a chart (it’s sign, it’s house and it’s aspects) describe a person’s financial and relationship situation. So lets talk about yours.

So how does Venus in Pisces act? Well, it’s not stable, that’s for sure. Pisces energy is like the tide. It comes in, but don’t try to nail it down or anything, because that’s not how it works.

Personal to you, this means your love and your money is in constant flux. So if you are looking for love you can pin down, well you’re not going to get it. Leave that to the Venus Saturn people and believe me, you don’t need to envy them. Ever heard of someone in a crappy relationship for thirty years? Those people could use a little flux, huh?

So anyway…there are some things you can do. You can work to avoid the low expression of Pisces – for example, deluding yourself. The guy you met four minutes ago who says he is your soul mate? Maybe not. The guy with the get rich scheme… you need not lift a finger, and you’ll become a millionaire in just a few short months? Probably not.

You say you think you are using sound judgment and it’s not that I don’t believe you. I just think this bears repeating. You must discriminate at all times and if you can, get yourself a Virgo to help. Why?

Because Virgo opposes Pisces and has skills that Pisces needs to develop. Like discrimination. So you meet a man and you ask your Virgo pal.. ‘He’s got two legs, two arms, a head on his shoulders… er, right?”

And if the Virgo says “all clear”, then it probably is. After awhile, you will learn to do this for yourself, but get the big picture here which is this:

You’re a Ram all right. In fact, you have Mars conjunct your Aries Sun, another double whammy. That is A LOT of raw male energy. But why are you confused? Well, besides Venus, you have Chiron, Saturn, Mercury and your ascendant all in Pisces (known to be confused).

So this is my other advice: Go read everything you can about Pisces because you are one. You’re gonna flip.