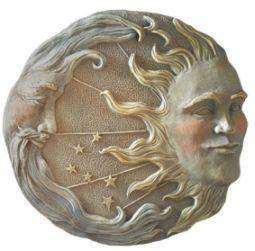 The soldier and I are one example. We conjure the same feelings in each other as we did when we were kids but he is hardly the only example. My old friend, Kathleen? Same feelings I always had about and around her. Leon?

Well I left Leon’s house in tears more than once. He’s a little older than me and he’s keen and very cutting. He is not malicious but he can really slice you and at 19, I was impossibly sensitive and it would come very suddenly and unexpected. See, we would spar all the time. We would play cards, Leon and I sitting across from each other, our insults flying back and forth the evening’s entertainment. We’d have our respective partners on the floor laughing their heads off and then all the sudden, he’s go too far and I’d be hurt.

Once hurt, I would bolt from the table and this happened a few times. I was always going to swear him off forever but I never did. His wife would call me and mediate and we’d be back up and running – give it another go. Eventually we learned how important we were to each other and we (or he) learned where the lines were. Elsa’s got a limit, basically and he has not hurt me like that for a very long time but the fact is he still could. He knows it and I know it. We play but we know there is something precarious and dangerous there and this has never gone away. And what about Scott?

I met Scott when I was 15 and then spent almost 3 decades knowing him / enjoying him in between swearing him off (something Italians do, apparently… you get on their list) or being sworn off by him for whatever amount of time. Could be a week, could be year could be 10 years. For example I am currently pissed at him and we have not talked to him for more than a year, now is anyone surprised?

And what about Ben? I have known him for 25 years too and in that time we have managed to have exactly one fight. We had known each other 12 years when it erupted… entirely my fault. He didn’t like it, asked me not to fight with him again and I said “fine”. No fight since so is it fair to say we get along? What would it take for us to not get along? In contrast, Ben had another friend he’d known for as long as he’d known me. He doesn’t know that guy anymore and it’s no surprise because they never did exactly get along. And I have noticed this:

If people don’t get along the relationship inevitably breaks. If people do get along, it may still break but often the contact is reestablished (like with Scott over the years or Kathleen, more recently). But satori said something to me recently; it startled me because I know she is right. “Just because people hang around you does not mean they like you.” ::smiles::

I laughed because just look at this blog. All kind of people who don’t like me read here on a daily basis.