Antipathy is a nice word for hate. I’m all kinds of sneaky like that. Enlightened beings, such as we are, are not supposed to feel things like hate. We’re above that. Well, I’m going to admit to you, I have a shadow. Instead of pretending it doesn’t exist I like to mine it for information about how better to get along in this odd little life I appear to have chosen for myself.

Decades ago I discovered I have an intense sensitivity to oysters. I eat an oyster and almost instantly my face is covered in itchy, nasty, fluid-filled blisters. Perhaps if I’d hated the taste of oysters I wouldn’t have inflicted upon myself the idiotic misfortune of experiencing this more than once. It was possible to limit the damage but I did learn something: I’m not as smart as I like to think I am.

It’s pretty easy for me to avoid oysters. They don’t have free will (at least not the fried ones, as far as I am aware). They don’t frequent the same bars and restaurants that I do. They don’t hit on my man. I don’t lie awake on a bad night thinking, “fucking oysters.” It’s pretty much only people to whom I react in that way. So I became curious as to why I have such intense, negative reactions to particular people. What is the astrology? You know what I found out? It’s not all that different from the astrology of love.

I found that without an exception they all had outer planet conjunctions to my angles (the ascendent, descendent, midheaven or nadir), as well as Mars and Moon on the angles or in my angular houses. This is also true of people to whom I respond positively. I am reacting to their planets in my chart as though they were a permanent transit of that planet’s energies. But I am also reacting to how that person expresses that particular energy. I can’t control how another person expresses their energy. So, I decided I am going to stop looking at them and look at me. Where does this energy hit me? It’s on my angles. It’s who I am, how I express myself, how I am seen, what I attract. In other words, it’s All About Me. It takes two to tango. What is it I don’t like about them? It is that I don’t like what their energy makes me face in myself. It’s that and the fact that they really are total twatwaffles.

So I guess I’m going to use my feelings about these people to shine a light on my shadow and become conscious of the things I don’t much like about myself. It’s probably the enlightened way to view things, and it’s cheaper than a night in jail.

Do you have “strong negative reactions” to particular people? Have you compared their charts to yours? 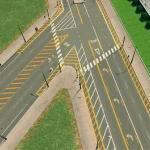 Who Feels Synastry The Most?