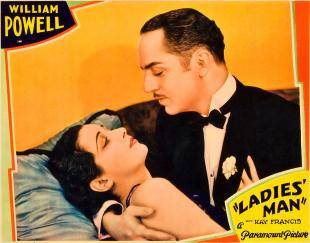 Aries. The warriors of the zodiac. These heroic Rams are leaders and pioneers who will fight to the death for the ones they love. But partnering with one? You’ve got to be kidding, right?

Well, yes and no. It’s true that Aries might be more comfortable on a battlefield than a couple’s therapy couch. And no one could reasonably call them peaceable homebodies. It may even be fair to point out that they’re not the most sympathetic of signs. But when you go deep, you’ll find that there’s no better partner out there.

First, let me debunk the idea that Aries can’t stay in relationships beyond the initial thrill. This couldn’t be further from the truth. I have personally been partnered with one for nearly a decade. Aries can absolutely commit for a lifetime, as long as they have a goal and a challenge. Yes, they do excel at the chase. Aries gets whatever they set their mind to, period. It doesn’t have to be limited to simply wooing a partner. They will be just as content to fight to keep you, to build a foundation, to keep the spark alive, whatever. Just point them in the right direction and off they go.

Second, it’s true that Aries may not always be willing to lend a sympathetic ear to your problems. This can be painful, especially if you’re not used to it. But the reason is so beautiful. Aries see their partners as powerful, independent people who can handle themselves in any situation. Aries does not partner with shrinking violets. So it really does not occur to them that you need them. They fully expect you to go handle your problems like the independent, fully-realized badass that you are. They respect you too much to do otherwise. And think about it. How many of us complain about our partners trying to fix our problems for us? Well, with Aries, that’s not a concern. That being said, if you make it explicit to them that you need their support, they will be there lightning-fast. No Aries can resist the chance to be a hero.

Another amazing benefit of partnering with an Aries that really does not get enough attention is their ardor. They are experts at keeping the spark alive far beyond what any reasonable person would expect. It is not only possible, but actually quite likely that Aries will find you just as attractive after 20 years as they did after 20 days. Their passion is a fire that cannot be extinguished. And how many of us can say that? How many of our partners make us feel desirable every single day, even after being together for years?  Aries does.

Aries also keeps you young. Being the first sign of the zodiac, Aries have a feeling of eternal youth about them. Hang around with one long enough, and it will rub off on you, too. Want a sparring partner to keep your mind sharp? Aries is here. Need adventure in your life? Aries has your back. Want to paint the town red? Aries has been ready for twenty minutes and is yelling at you to stop putting on makeup, you look fine, let’s just GO.

It’s true that partnering with Aries isn’t for everyone. If you’re looking for someone soft and sympathetic to help blunt the world’s hard edges, Cancer or Pisces may be a better fit. But if you’re looking for a true partner in crime, someone who will never doubt your strength and will make you feel like the sexiest person on the planet every day for the rest of your life, look no further. Aries will keep the fire burning.

Have you partnered with an Aries? What was it like? 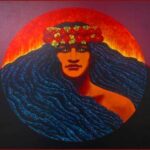 How Can I Please A Man With His Moon in Aries?