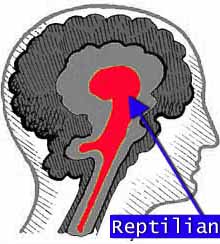 “I get feelings, and try to act on them. I don’t usually know where they come from, and even when I try to figure it out, it takes SO much more energy to try and logically explain them-and even then, I’m not sure if I’m coming up with an explanation or rationalization-it’s much easier to just listen to them and go on. And they’re always right, so why fight it?”

goddess – this is interesting to me. My first thought was that my feelings were wrong all the time. I don’t mean to be judging feelings, I understand your feelings are your feelings but as an example last night a friend called me on the verge of panic.

Her feelings were coming in hard and fast as she reacted to some stimulus in her life and her direct request was that I flip her switch somehow because she did not want to go where she was headed – DOWN.

Lucky for both of us, I was able to do what she asked me to. She wound having a stellar evening as opposed to losing her footing and spinning out over her feelings which may have been right or rational but would have taken her to a very dark and destructive painful place.

I have the same capability. I am extremely reactive and can easily go down some garden path due some feeling I have that may be at least somewhat less than rational. So on this front, you and I may be very different but here is my point:

I don’t connect “feelings” or “fleeting impressions” with a drive from the subconscious. For me this is much more primal. I am not acting on a feeling I had. It is more as if I am acting on auto-pilot like a dog sees a cat and the dog chases that cat without a thought or feeling whatsoever.  Let’s say I am conscious of the fact I am acting without consciousness I will be back with an example of that. But I think the key difference here is you are talking about Neptune and I am talking about Pluto??

Do you distinguish between acting on a feeling and acting due some primal drive?