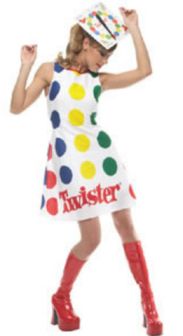 People are back to work and the gal I had to â€˜slap” in that big meeting (The Whirlwind) is still thinking she can angle. She called me this morning, slipped a lie into the conversation which I imagine she expects to grow fruit which she can harvest in a week or so. Such a dilemma.

It’s a dilemma because I have enough problems without feeling responsible to monitor this gal’s misdeeds especially when I know for a fact there are other’s on her case. Another person, high up is so disgusted with her, he bypasses her completely and goes straight to her boss with every issue. He’s on his own when he does this though I am not sure she knows it because every issue has my name on it. Anyway, it reminds me of the game, Twister.

Like I said in the video regarding my friend (Elsa P Threatens To Amputate) I am really not the type to pick a dumping ground when in crisis which is a very common thing to do. It is almost a given that a family with a family member dying (or died) in the hospital will pick a nurse to vent on and I am very much against this. So I want to let her and her lies go. I want let some other agent of the universe slap her down and am going to try to do just exactly what. But will she keep coming?

They almost always do, unfortunately. I already told her this case would haunt her career if she continued to execute with such poor judgment. I said this privately, outside in the parking lot after the meeting sort of like a cop telling a three time ticketed speeder they were going to lose their driver’s license if they were caught again. I know I am right, I just hope I am not the one who has to write that fourth ticket.

I have told friends many times, I don’t like being a Saturn figure. I believe it’s my job but I am hoping I get a pass on this one. The other person on to her is a doctor. Let him do the dirty work, you know? He got credentials and could give this single mother have a break. We’ll see.

Do you ever feel called (obligated) to act as an agent of the universe? Because I do, allll the time.