Where is your Chiron? 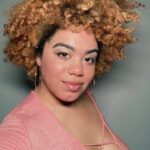 Where is your Chiron? How has it manifested in your life? ?

I have Chiron in the 6th House (Aquarius), inconjunct my Cancer Moon and Virgo Asc. Not the easiest of placements. Astro-seek nails it with this description, which certainly seems to describe my situation:

'These people are sick all their life; their illnesses are not too serious, but they are chronic and it seems that they cannot be cured, especially when both medical professionals and traditional healers cannot give the correct diagnosis. It is as if these people took all the illness of others on themselves and had no choice but to learn to live with their health problems and keep searching for new ways to cure them or at least to alleviate the symptoms.'

Actually, some of my illnesses have been serious, but I guess the upside is that I've learned so much about health and healing that I'm able to advise others fairly successfully.

Chiron in 7th house in sign of Leo. Two aspects: Square with MC and opposition with Saturn.

I have always had difficulties keeping relationships alive pretty much.

Fear of rejection but not so much regarding friends or male people but rather of opposite sex, potential dating and so on.

I think the biggest problem is i don't really value casual small talks kind of relationship and see them as waste of time. Because of that reason i was rarely able to keep up with other people, even though many people i met were great.

When i was around 5-6 year old i witnessed how abusive my father was. Couple of years later my parents divorced. I was old enough to be aware of what is going on. Also i didn't fit in many group of friends growing up and was rejected, ignored.

Because of all these pasts events and traumatic childhood i had difficulties establishing meaningful bonds with people. Don't get me wrong i had really really close friends in the past but not many. A lot of people can get along with just anyone and have plenty of various contacts...i am just not one of those.

However as i grow up and mature and went through many phases of myself, it is getting better and better regarding this issue.

I'm more outgoing, more confident, more courageous to interact and meet new people. However fear of rejection is still something i have to overcome when it comes to opposite sex. Working on it.

2nd house at 1 degree aquarius. Not sure how that relates to my childhood wounds. I always felt most of my wounds were associated with my 12th house stellium in scorpio. My mother was an Aries with an Aqua moon. She was aggressive ,physically abusive and I never really felt loved by her. In my household my innocence was taken away at an early age.

Chiron in the 6th (sargitarrius) conjunt Mars and the descendent and inconjunct mercury and Saturn. It's pretty hard to have the archetype of chiron/ Mars together. Mars is our vitality, it's how we declare our existence. With chiron, this basic life process is interrupted somehow. I feel my chiron in the 6th as an extreme grief regarding service. It's quite easy to have your work explored.