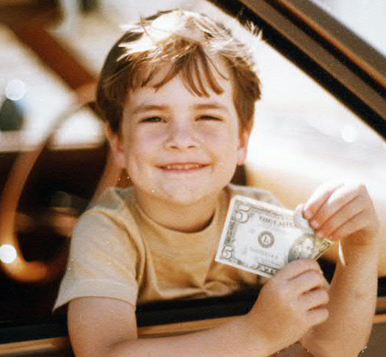 I wonder what people teach their children about money and how they do it, if they do it. Do you set an example? Do you specifically teach some kind of philosophy?

My son has his Sun in Taurus conjunct Saturn and I have no doubt he is going to be able to manage money. Matter of fact, his Sun, Moon and Ascendant are all in Venus-ruled signs with Venus elevated so I’d not be surprised if he were to become known for his money but in whatever case, he is going on 12 years old and I’ve just come up with the new money rules.

First, I told him that I was going to double his allowance but from now on he would be responsible to buy Christmas and birthday gifts for people with his own cash. I explained he’d have to think ahead and save and budget his money and he looked positively thrilled. The responsibility appeals to him as does being treated as if he’s achieved a degree maturity.

Since that worked, I asked him today if he might prefer being paid at the first of each month rather than weekly. “Like a paycheck,” I said. This was a hunch. I know my kids likes large bills and my thought was he would prefer this over having small amounts doled out to him.  Sure enough, he went for that.

“And would you like to open a savings account?” I asked. “I have a savings account for you but this would be your own account. I’m thinking you should start learning how to save money, say 10%.  Saving 10% of whatever you get from whatever source would be a good start. Get paid once a month and make a desposit into your savings once a month, what do you think?”

He’s going for all of it.

I know someone whose kid started clearing snow for people as a young teen.  At 17, he had 3 snow-blowers and two employees. Sweet!

What do you teach your child about money?