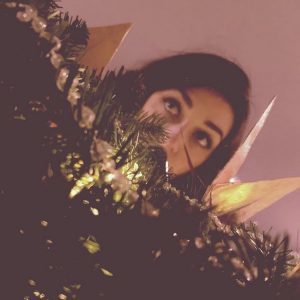 Things have been rough lately, not just personally but as observed in each concentric circle out. I’m sure there are plenty of people doing just peachy, but I don’t know them. For what it’s worth, I’m fine NOW. But that’s just life!

The Sun and Venus in Libra have been moving in trine to Mars in Gemini, and everything is ON THE MOVE! But they’re also moving in square to Pluto… ON THE MOVE IN FIRST GEAR AND UP A MOUNTAIN, NO DOWN A MINE, NO UP A MOUNTAIN! You get my drift.

Saturn is nearing the end of its retro period and it has also impacted the Sun, Venus, and Mars. Things with Saturn are rarely fun-fun good times, but they ARE productive (when you’re on the up and up). We’ll see (or hear, or think, or smell, or taste…) just how productive when Mercury in Libra trines Saturn on Saturday night, mere hours before Saturn is direct. And in the days to come.

On Monday, the Cancer Moon squares Venus and trines Neptune as Venus quincunxes Neptune (just as the Sun perfects its trine to Mars). It promptly squares the Sun as well and goes on to oppose Pluto. It’s a bit of last burst to the top of the hill kind of energy. At the top of the hill, we can see there are more hills.

As Hamlet said: There is nothing either good or bad, but thinking makes it so. Mercury opposes Chiron through Wednesday night, so a shitty attitude is a choice.

Monday’s a mood that shows us clearly what is need and what is want. That is to say, what do you need to live and what can you live without? Monday night, the Moon moves to Leo and a trine to Jupiter: a dramatic second wind of motivation and the emotional intelligence to rise above.

On Tuesday, the Leo Moon moves into sextile with Mercury, and Venus winds up its trine to Mars. We’ve still got Pluto kicking Sun-Venus butts, but those butts are muscular now. It’s like dadgum soulcyclepeloton or something: a sunny, peppy, quick attitude and legs for days (or hours). Overnight, the Moon trines Chiron. We may wind up sore, but we’ll also wind up with some gains.

Wednesday morning brings the Leo Moon into line with the Saturn-Uranus square: square Uranus and opposite Saturn. The mood is in challenge with the challenge of our time, of this longish moment. But it’s also when Sun-Pluto peaks. That which doesn’t kill you… I don’t know, at least it’s done trying? It’s an ego challenge, but it’s also a chance to lose gracefully and go on.

Venus continues in square to Pluto into the night, but we’ve seen this issue before. Libra Venus holds its own pretty well against Pluto. It a beauty-beast situation. Beauty takes its licks but also tends to fare well in the end. Weigh your integrity heavy, make sure you value it above everything else. Pluto in Capricorn appreciates that and that can be your winning move. Understand your own power and worth. No one else gets to decide your value.

Softening the day, the Moon goes on to sextile Venus and the Sun overnight and early Thursday. Take the chance to find YOUR OWN silver lining, and never ever try to find it for someone else. Let them do their own. If they’re not finding it themselves, get under them and bring them up to a level where they can find it.

Later Thursday, the Moon moves to Virgo and spends the day moving into opposition with Juno. Do you have a stubborn mystery or slyly irksome situation of envy or pettiness you’ve yet to master? In the wake of serious challenge and on the validating mindset of a Virgo mood with a Libra Mercury, Thursday brings perspective.

On Friday, the Virgo Moon busts out the emotional elbow grease and cruises unimpeded toward a trine with Uranus . At the same time, Mercury heads into trine with Saturn. The Moon then quincunxes Saturn as Mercury quincunxes Uranus (Eureka! I’ve found the sticky wicket, let me grease it!) A capable mood lays stable ground for exciting new foundations, and our attitudes are changed as well!

Venus and the Sun are ever so close by Friday, exactly conjunct Saturday afternoon. Then Sunday they’ll both move to Scorpio. This last bit of Sun-Venus in cardinal, Venus-ruled Libra is sweet and not to be wasted. This sounds trite, but aim for balance. What I mean is THIS IS NOT THE TIME to bet the farm on a whim or give more than you’re getting. This is the time to hug yourself and remember how very much you’re worth. Make sure any other parties at the table give as good as they’re getting.

If they’re not, be ready to take your goodies and walk. You can do better. And you should. Otherwise, you’ll walk into Scorpio season bitter, and that doesn’t sound like winning. You can win now; I suggest you do. That’s balance sometimes too.