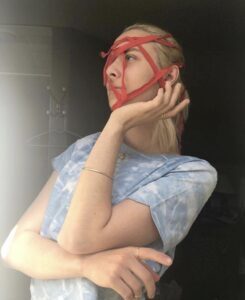 The Sun tours the last bit of Gemini this week, winding up with a conjunction to the north node. Gemini ruler Mercury in Cancer slows to turn retrograde Wednesday night. As we move between the eclipses, and with Venus already retrograde, we’re pulled toward an understanding of our own greater good. That’s true for ourselves personally and for the collective.

That understanding pivots around collective conditions that affect us all, more so than usual. Facts, attitudes, sensations, and processes affect us emotionally at a higher rate than we’re used to. We’ll get a chance to turn those details on their ear and get another look an a different side of the facts.

Mercury will head back into square with Chiron and sextile to Uranus. Revolution and growth. Sometimes growth hurts, but often it heals. Retrograde Venus impacts Uranus in Taurus as we look back over what works and doesn’t work as the object of our desires. We should be getting some strong zings and aha moments along the way with both Mercury and Venus.

There’s a strong desire to plan but a high likelihood of those plans dissolving. Still, we plan. Because plans go sideways but planning is essential. We’ll be ready to take advantage of an opportunity when one presents itself, even if that opportunity requires eventual readjustment.

Venus moves back into trine with Juno in Libra early Tuesday as Juno moves to oppose Chiron. There are further adjustments to make in commitment, jealousy, possession, and love. Also money and values. Balance demands with authenticity.

All week, Mars sextiles Pluto (exact Thursday night) and Jupiter (exact Friday night). Action is powerful and packs a punch – likely a theoretical or spiritual punch that has concrete ramifications. Action is broadcast and can be disturbing. Destruction is part of growth too. We get a chance to knock down structures in metaphor in order to re-order our stance. Tactile destruction has representative meaning.

Monday the Aries Moon squares Pluto and Jupiter and sextiles the Sun. We get a taste for that motion in the mood. The Sun in Gemini quincunxes Jupiter in Capricorn overnight. Expect a lot of ALL ABOUT ME. Lean into service and to minding your own business and heartstrings. The rest will take care of itself. Toxic people will be on blast, but it doesn’t have to be surprising. They’ll simmer down eventually. Many people will feel like they’re on blast, but that can be life-affirming too.

Tuesday the Moon hits Venus-ruled Taurus and a square to Saturn. It’s not a relaxing mood, but Venus’ position is actually a boon. Remember how fleeting pleasure can be and that’s how fleeting a block from pleasure can be as well. And that brings pleasure! By day’s end, the Moon conjoins Uranus and a nice surprise.

Wednesday, a sextile to Mercury slides into a sextile to Neptune and Mars. That Taurus mood evens out the rough spots in the flow. It adds stability and respite, a chance to slow down and remember why you’re here.

Wednesday night, Mercury goes retrograde and the Taurus Moon trines Pluto and Jupiter overnight. It’s a pause in the overwhelm, a chance to appreciate the deep change rumbling beneath our feet. It will bring us fresh values and further our personal and collective stories. This is momentous, of the moment, transitory… let it move you.

Thursday’s Taurus Moon is a brief respite of calm before the Moon moves to Gemini and life picks up its feet and flits on. However it does so with purpose; as once in Gemini, the Moon trines Saturn and it’s possible to do a bit of gut-level time travel both past and future. Consider not only what you’re feeling but what your senses tell your gut… and your head. Overnight the Moon passes over Venus. It feels satisfying, if fleeting.

Friday morning, the Gemini Moon trines Juno and sextiles Chiron. We’re getting somewhere in our perspective on the other, on relationship, on where we stand in compatibility while still providing balance and growth. Ownership does not have to be part of commitment. Think about what you’re truly after. Supposed failure is a great teacher.

Venus moves from 7 to 6 degrees Gemini while Mercury stations at 14 Cancer. Where are these impacting your chart?