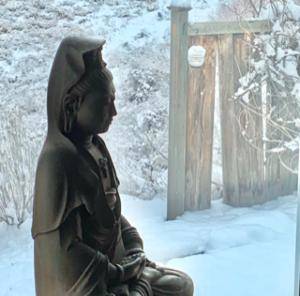 Those are all the fastest moving, most dynamic players on the board. The Saturn-Pluto ripples still spread, but they’re no longer the primary going concern.

As we head to a new moon, Sun-Moon conjunction in Aquarius, ruled by Uranus – known for out-there, revolutionary philosophy – we’ve got planning and senses marshaling the action and desire and fancy throwing a stick in the spokes.

Venus in sextile to Jupiter in Capricorn is fueled by traditional values and an expectation of conventional, if pie-in-the-sky delights. We want MORE. Venus square Mars, especially Mars in Jupiter-ruled Sagittarius, can deliver more; but it’s not easy and it’s not on anyone’s schedule. In fact, if we do get what we want, it might not come in a form we recognize.

Venus moves closer into conjunction with Neptune: There’s an undercurrent of wistful creativity. Venus in Pisces craves connection, doubly so with the conjunction.

This are good reasons to keep on going and doing what seems right for the moment, regardless of whether or not you think you’re hitting the target. Mars square Neptune goes double on “who knows!” I will repeat: Do what seems right. Not right as in “correct” but right as in “fitting” in the moment. Practice movement that dispels anxiety and calms the nerves. Do what works and go in the direction that piques your curiosity. Experiment! The results will be compelling, and they may even be fruitful, eventually.

The Aquarius Sun sextiles Chiron Wednesday, then squares Uranus Thursday. We’re attempting to normalize and get back on track. Expect some curve balls, but we’re getting there.

Monday the Moon in Sagittarius lights up the Venus-Mars square and the Sun moves to Aquarius. The Moon goes on to square Neptune. It’s a preview of how things are going to flow (or not) this week, but it comes with a resilient mood and an urge to make things sparkle.

Tuesday, the Moon finishes up in Sadge then moves to Capricorn. Overnight, the Cap Moon squares Chiron and trines Uranus. The mood switches from GO to STOP to PROCEED (with skill).

Thursday, the Cap Moon sextiles Neptune and conjoins Pluto and Saturn. Those past ripples of change assert themselves in the mood, but they also foster connection and inspiration. Look for the silver lining as Venus conjoins Neptune.

Friday morning, the Moon finishes up in Capricorn and moves to Aquarius. The Moon sextiles Chiron and squares Uranus, echoing the Sun’s earlier aspects. The Moon conjoins the Sun in the afternoon, the new moon. Wherever this falls in your chart is the next step in the progression of your adventure. The rough, Capricorn stellium is behind us, and what’s new is light – airy and electric. There’s fresh promise, even though we are still working with the fruits of past issues.

The new moon takes place at 4 Aquarius. Where does it hit your chart? What do you see ahead?