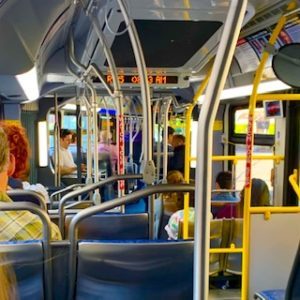 Great news! Mercury goes direct early Wednesday. It feels like it’s been going on forEVER, but that’s probably because Gemini Mars has been such a wretched mess. With Mars moving forward, now we’ve just the regular snafus to contend with.

On Monday, the Scorpio Moon opposes Uranus and squares Venus then heads into trine with Neptune and square to Saturn. Mercury perfects a quincunx to Mars in the night as the Moon sextiles the Sun. Overall we’ve got a mighty need to emotionally regulate as we engage our senses to dodge the slings and arrows of tempestuous fate. We get a bit of a boost from ethers, an invisible hand that soothes and calms as the magma rises within.

The key is to persevere. Rethink what got you here and manage your way out gracefully. Believe you can do it, cos you can.

The Sun moves closer into conjunction with Pluto (exact Wednesday), so we’re collectively walking some powerful terrain. Look for the ways in which you’re changing how your operate even as those avenues concretize into a supportive routine.

On Tuesday, the Scorpio Moon finishes up with trines to the Sun and Pluto, and the volcanic mood creates an opportunity to explore fortuitous side quests that aid us in the formation of that greater, new path. In doing so, we follow a path that also suits our needs.

When the Moon moves to Sagittarius, it picks up a trine to the waxing conjunction of Juno to Jupiter. It goes on to oppose Mars overnight. While the Sun (ego) experiences Pluto’s fire, the fiery Jupiteran mood finds passionate exuberance in ACTION. Move, dance, run, and reach out. Drama is serious, but our needs make a holiday from gravity necessary.

On Wednesday the Sadge Moon trines Chiron and sextiles Venus. Venus moves closer into conjunction with Saturn in Aquarius (exact Sunday). Is there something you need that you’ve failed to acquire? Failed to do? Now may just be the time to try again and succeed. We want more, and we just might get it.

The Moon heads into square with Neptune then sextile to Saturn overnight: Dream big, sometimes we work things out in dreams as Mercury stations direct.

Thursday morning, the Moon finishes up in Sagittarius and heads into Capricorn. In Capricorn, it squares the Juno-Jupiter conjunction. It goes on to conjoin barely moving Mercury and quincunx Mars in Gemini. Extreme desire (or possessiveness) may intrude on getting our foundational needs met – or so it feels. Perspective is what’s really needed. Point yourself in another direction and GO if you’re in danger of getting in your own way.

Early Friday, the Sun moves from Capricorn to Aquarius (as the Moon aspects Mercury and Mars). It becomes MUCH easier to shift away from the personal to the impersonal, much easier to get out of your own way and innovate.

Friday’s Cap Moon squares Chiron then trines Uranus and opposes Pallas Athena. If you fear making mistakes, give it a shot anyway. That’s how you gain confidence. Even if you fail! Failure is valuable. Success can only be replicated if you know how you got there. In the afternoon, the Moon semi-textiles Venus which semisextiles Vesta, then it sextiles Neptune in the night. A serious mood tunes up attention to what is valuable, what truly matters: to what will ultimately satisfy.

Mercury is stationing direct at 8 Capricorn Wednesday morning. Where does this hit your chart? Are you seeing an effect?