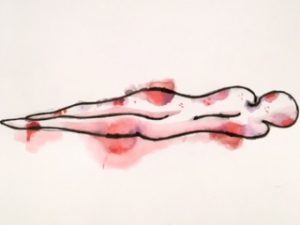 There’s a bit going on this week, but most notable to me is the final degrees of Mars in Taurus. Normally that’s not the biggest deal? But Mars goes into Gemini early Saturday, and it stays there (due to a retro period) through THE END OF THE YEAR. Yikes.

Action, agency, motion – frenetic, fluttery, and curious – going two different directions at once, or vacillating. This week gives us a chance to gain some ground on any projects that need an extra push to finish. Taurus Mars is a master of Arts and Crafts. Its fruits are beautiful AND robust, and valuable. Don’t waste this moment.

It may seem as though daily details and, well, just the way things go… trip you up a bit as Mars is in orb of square to the Leo Sun. But skip the drama and plow on. It’s important.

Venus trines Jupiter all week, exact early Thursday morning. We want more; and with both in fire, we’re likely to get it!

Mercury in Virgo spends the week moving into opposition with Neptune. It closes a trine to Uranus on Tuesday. Mercury also picks up a long trine to Pluto and to Mars, in effect all week. Use your head! And your hands. Be a practical helper. It’s a good thing anyway, but it also tunes you in and puts you in the place you need to be in order to learn what you need to know.

And when you know? It’s instant. And it’s goooood. This stuff is genius, wizard level.

The Moon moves through the first three signs this week: Aries, Taurus, Gemini. On Thursday, the Taurus Moon squares Saturn and trines Mercury as Mercury quincunxes Saturn. Something’s gotta give. So put your shoulder to the wheel, but work smarter, not harder. And if you ask, you’re likely to get help as well.

Friday night looks delightful, for what that’s worth. The Gemini Moon sextiles Jupiter then sextiles Venus. And that’s with Gemini ruler Mercury in Virgo in opposition to Neptune in dreamy Pisces. That Virgo attitude can pull down some ethereal charm to match its earthy patter. With Mars at the end of Venus-ruled Taurus, this comes down to a tangible treat if you act in time.

Where is Mars in Taurus transiting your chart? Are you working on something? Creating value?