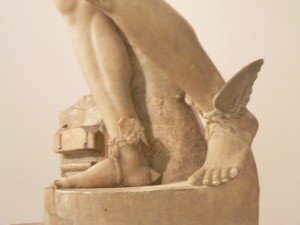 It’s amazing the HUGE companies like Amazon and Paypal issue 1099s with errors. This is what happened this year.  I would rail about it but I really don’t think anyone knows what the tax law is anymore. It changes frequently!

Last year, I got into it with Udemy. They host my Finding Love With Astrology course. They take about 40% commission. It’s an expensive service. But last year, I found myself trying to educate their accounting department about tax law.  That’s silly, don’t you think?

I explained hey should not issue me (or anyone else) a 1099 because they pay via paypal The reason is because paypal issues me a 1099, which includes the money they pay me. If paypal reports the income and Udemy reports it as well, I am taxed twice.

I sent Udemy LINK from the IRS site that explained this, but no one is going to listen to some moron astrologer. They issued me a 1099. I had to pay an accountant to fix the mess.

This year both Amazon and Paypal sent 1099s. A couple weeks later they sent a notice saying the 1099 they sent should be disregarded. Who in their right mind, disregards a 1099?

They said they will issue new, corrected 1099’s in a couple weeks. This is what pisses me off to NO END.  It used to be, tax documents had to be delivered by January 30th. You then had until April 15th to file.

You still have until April 15th to file…regardless of when you get tax documents.  If the forms were wrong the first time, can I be confident they will be correct the second time? I don’t see how.

Yeah, I can file an extension, but guess what? I don’t want to! I want this stuff done! Last year it took me until November to settle my taxes. Who wants to mess with taxes for eleven months? Who needs the stress?

This has had a big impact on my drive to earn money. It’s just too hard on an independent person. If you’re poor, your taxes are a breeze. If you’re rich, you can afford to pay someone to make your worries go away. What’s a person like me to do?

Work less, that’s what. Produce just what I need to survive. Quit trying to expand and get ahead, when things are so badly stacked against me.

If you happen to be an American, and you have a chance to vote for simplified tax laws, I hope you consider it. It just doesn’t make sense for a mom and pop to constantly fight against everyone all the time, for no (good) reason.  When it’s all said and done, there’s not enough left for yourself, to make it worthwhile.

For the record (though this has not been outlined), it appears the reason the 1099s are broken is because they now have to separate international sales. Your income from all sources can’t be reported on one form, which is usual.

I am guessing this, because my bad 1099 is being replaced by two forms, which specify I made $4.52 from overseas. Ha ha ha – great! Wonder what I’ll pay my accountant for messing with this. Is anyone glad or happy?

I warned them about this by the way. This little dink astrologer told them they they could be charged, $500 or something like that, for every 1099 issued in error.  I sent them a link to the info on the IRS website. But apparently they had to learn the hard way. I am sure they got SLAMMED.

And the instructors?  I bet most of the Udemy instructors paid the double tax last year. People don’t pay attention. They don’t have the time!

This is way beyond Mercury rx.  I like to follow the law. I am following the law, but our laws provide an incredible disincentive to entrepreneurs / small business.

I miss common sense. You?